CASTRO VALLEY, Calif. - At least eight people were injured when a driver crashed into a California Trader Joe's store on Thursday, authorities say.

The gray Toyota Avalon accelerated into the Trader Joe's in Castro Valley shortly before 4 p.m. The vehicle plunged into the checkout area of the store.

Four people were sent to a local hospital in the wake of the crash, including a store employee.  Of the eight injured people, one was reportedly a 5-year-old child.

While authorities said none of the injuries appeared life-threatening, the Alameda County Fire Department asked locals to avoid the area on Twitter. 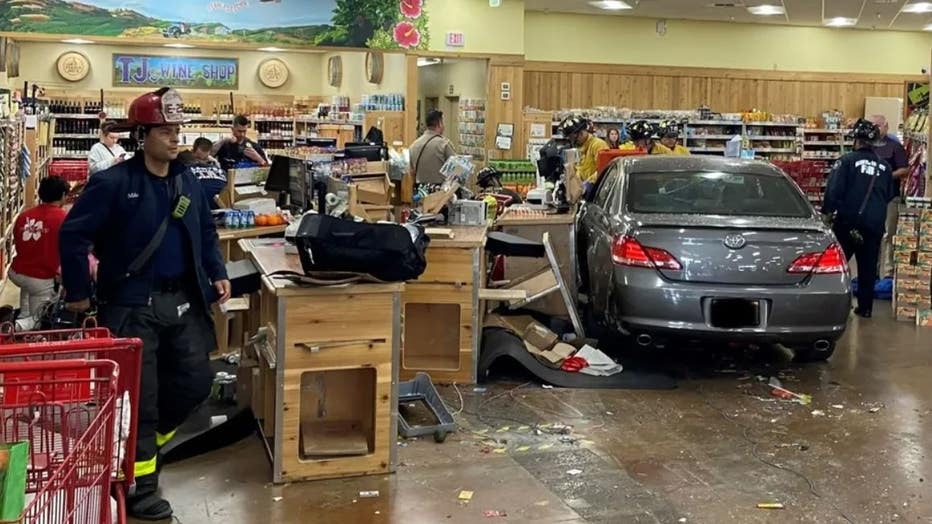 "Crews are currently assessing the building for hazards and injured persons," the fire department wrote. "This is a developing situation, and more information will be released later."

The driver was an 88-year-old Hayward resident, according to California Highway Patrol (CHP). CHP told KTVU that the driver did not appear to be intoxicated.

The car was subsequently removed from the store. One customer said she was saved by another shopper.

"I saw something coming into the store. I moved backwards and at that point, some guy grabbed me very strongly and pulled me back, so I was out of danger," an anonymous customer told KTVU. "Had I not moved fast enough, I might have been hit by the car."

The Castro Valley store will be closed through Friday as the damages are repaired.