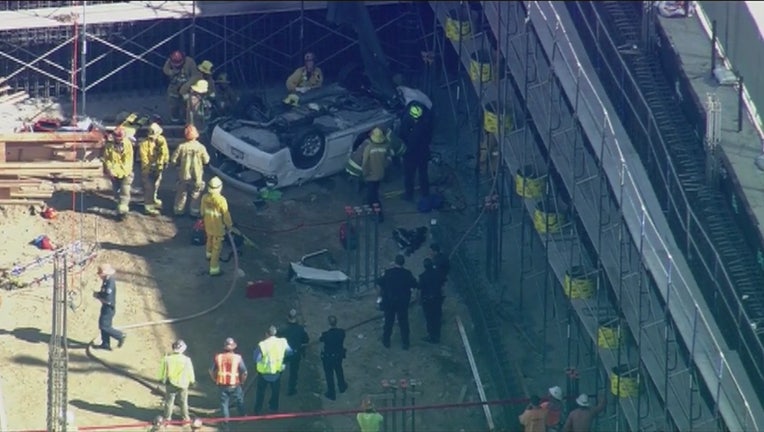 GLENDALE, Calif. (FOX 11 / CNS) - A car that was hit by another vehicle plunged about 50 feet and landed on its roof in a construction excavation site adjacent to a city street in Glendale today, seriously injuring the driver.

The accident was reported about 9:40 a.m. at Central and Wilson avenues, the Glendale Police Department reported.

According to the preliminary investigation, the woman's car was hit by a vehicle that went through a red light, Lightfoot said.

The other motorist, who was not injured, remained at the scene and was interviewed by police, she
said.