Family, friends, and colleagues gathered at the intersection where an LA County Sheriff's detective was killed after helping an elderly couple cross the street in Valley Village.

LOS ANGELES - A candlelight vigil was held Tuesday night for a Los Angeles County sheriff's deputy who was fatally struck by a vehicle in Valley Village after she helped a woman who had fallen in an intersection get to safety.

The accident that took the life of Detective Amber Leist occurred about 11:05 a.m. Sunday at the intersection of Whitsett Avenue and Riverside Drive, according to Los Angeles police and the sheriff's department.

Family and colleagues of the L.A. County Sheriff's deputy who was killed after helping an elderly couple cross a street will gather tonight at a candlelight vigil Tuesday night. It's being held at the intersection of Whitsett Avenue and Riverside Drive in Valley Village, which is where the accident occurred.

She was a 12-year-veteran of the department, Sheriff Alex Villanueva said.

Detective "Leist leaves behind her parents and two sons, one 20-years-old and the second, 17-years-old," Villanueva said at a news conference at the LASD West Hollywood station on Sunday evening. "The 20-year-old son is on active duty with the U.S. Navy and we were able to reach him," he said.

Villanueva said the department assigned a psychologist to the station to help West Hollywood personnel deal with the loss of their colleague. 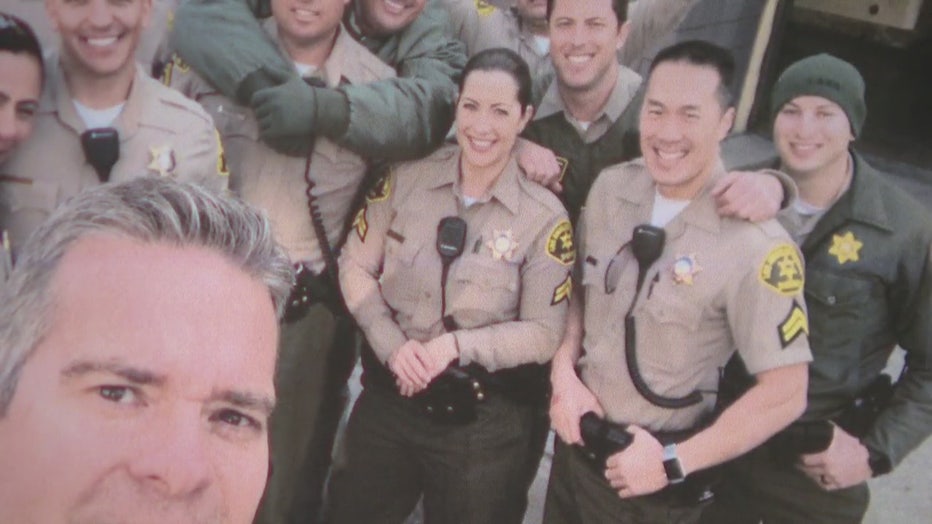 "It's one of those things that, when it did happen, what was she doing? She was helping somebody. That's a quintessential deputy sheriff," Villanueva said. "We are shocked and stunned by the sudden loss of a family member."

The driver who hit the deputy stayed at the scene to render help, the LAPD said.

Leist was off-duty when she was struck, but Villanueva said the incident would be treated as an on-duty occurrence.

The candlelight vigil was scheduled for 7 p.m. at the intersection of Whittsett Avenue and Riverside Drive.