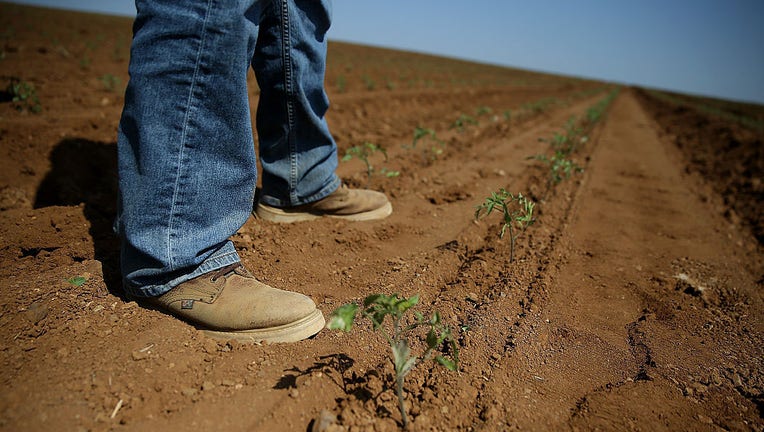 FILE - A farmer stands next to a row of newly planted organic tomatoes on April 23, 2015, in Firebaugh, California. (Photo by Justin Sullivan/Getty Images)

California's ongoing drought is expected to impact the prices of key crops, driving food inflation even higher for consumers.

The U.S. Drought Monitor — a collaboration between the University of Nebraska-Lincoln, U.S. Department of Agriculture (USDA) and the National Oceanic and Atmospheric Administration — reported that about 94% of California fell under the severe, extreme or exceptional drought categories as of last week. In early July, nearly 97.5% of the Golden State had such drought conditions.

According to the California Department of Food and Agriculture, California grows more than one-third of the nation's vegetables and three-quarters of its fruits and nuts. The state's total production of tomatoes, garlic and onions in 2021 was 224.01 million hundredweight (cwt), 4.192 million cwt and 19.026 million cwt, respectively, per statistics from the USDA.

Drought conditions and high temperatures in California "have made it difficult for growers to meet market demand," the USDA said in a late August report about the state's tomato production. In the report, the department reduced this year's production projections for California processing tomatoes, which are used to make tomato-based products like ketchup and pasta sauce, by 2% compared to last year.

"However, we do not predict a gap in service for any Kraft Heinz products where tomatoes are a critical ingredient," the company's statement said. "To maintain production, our cross-functional team put a strategy in place that uncovered alternative regions to source tomatoes, as well as the approach to breed unique tomato seeds that have a stronger resistance to climate challenges and are water efficient."

In addition to tomatoes, other crops like garlic and onion are also expected to be impacted.

"What you're seeing harvested this summer that really hasn't even hit the grocery shelf is a 25% increase in the cost of the product to the processors — the canners, the buyers downstream," California State Board of Food and Agriculture President Don Cameron told Reuters. "The onions and garlic have already been negotiated for 2023 with another 25% increase in price."

Reuters first reported on California's drought and its impact on crops like tomatoes, onions and garlic.

The expected price increases for key crops could add to consumer inflation that is already near a 40-year-high. 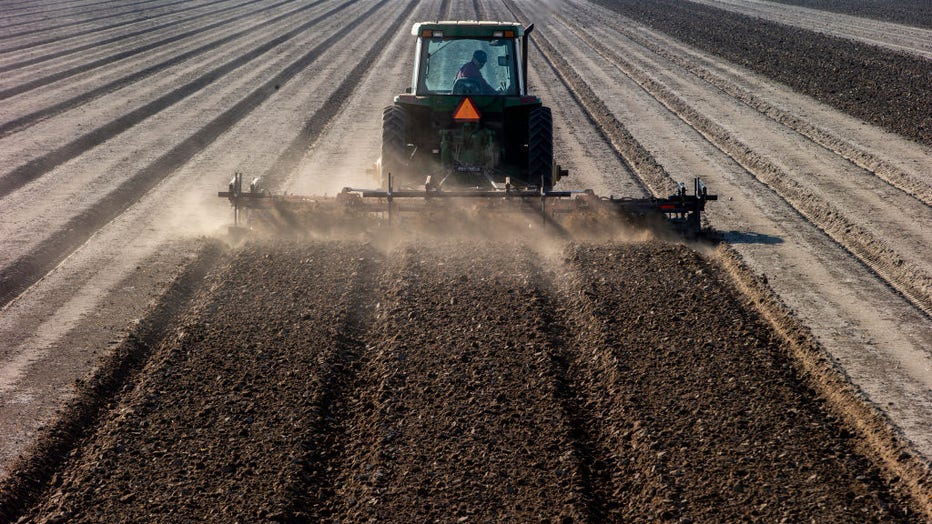 AUGUST INFLATION BREAKDOWN: WHERE ARE PRICES HITTING AMERICANS THE HARDEST?

In August, the Consumer Price Index (CPI) rose 8.3% from the prior year and 0.1% from July, the U.S. Department of Labor reported in mid-September. Food prices went up 11.4% on an annual basis and 0.8% every month, with the cost of groceries rising 13.5% over the year, according to the Labor Department.

The prices of fruits and vegetables have also increased, climbing 9.4% from the prior year and 0.5% from July. While tomato prices went down 0.2% from a year ago, they rose 2.3% from July to August, the Labor Department said. The cost of lettuce has soared 10.7% year over year and 0.8% on a monthly basis.

The Bureau of Labor Statistics is scheduled to release new CPI data on Thursday.