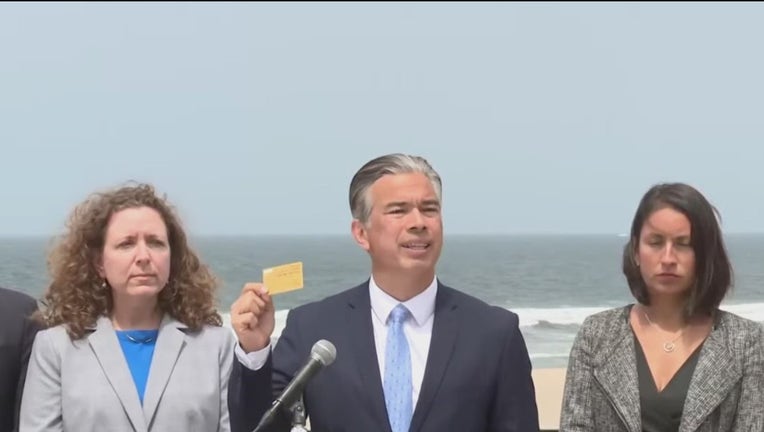 PLAYA DEL REY, Calif. - The State of California is going after an oil company as it investigates the cause of what officials call a plastic pollution crisis.

With Playa del Rey as the sunny beach backdrop, California's Attorney General Rob Bonta said his office will subpoena ExxonMobil. Bonta said for decades, the petroleum industry deliberately deceived the public about the dangers of plastic and falsely claimed that the materials can mostly be recycled.

What he said next put it into perspective.

"Every week, we consume the equivalent of a credit card's worth of plastic through the water we drink, the food we eat and the air we breathe. Each of us consuming more than 40 pounds of plastic over our lifetimes," Bonta said.

The attorney general's goal in part is to require companies to clean up their waste, which costs the state an estimated $500 million a year. So far ExxonMobil and the Western Plastics Association have not commented on this story.