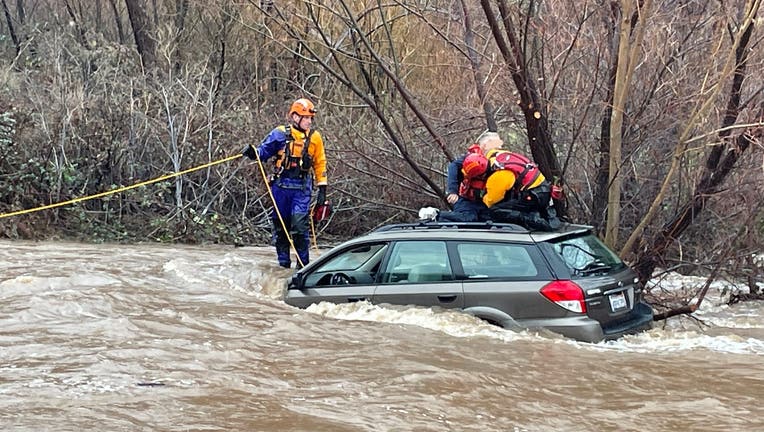 A California sheriff’s office highlighted to the public why no one should disregard and drive past road closed signs, recounting a handful of recent rescues of people trapped in floodwaters.

"While it has been said many times over the past few days, we feel it cannot be said too often. DO NOT DRIVE PAST ROAD CLOSED SIGNS!" the Calaveras County Sheriff's Office posted to Facebook on Tuesday.

The sheriff's office detailed a handful of rescue missions it conducted over the weekend, including deploying a volunteer search and rescue team with the sheriff’s office on New Year’s Eve to a report of a driver of a car with five occupants who "drove into swift-moving floodwaters" in Mokelumne Hill. The town is located about 60 miles from Sacramento.

The county has been coping with extensive flooding over the last few days, brought on by storms that hit the area and caused creeks and rivers to flood. 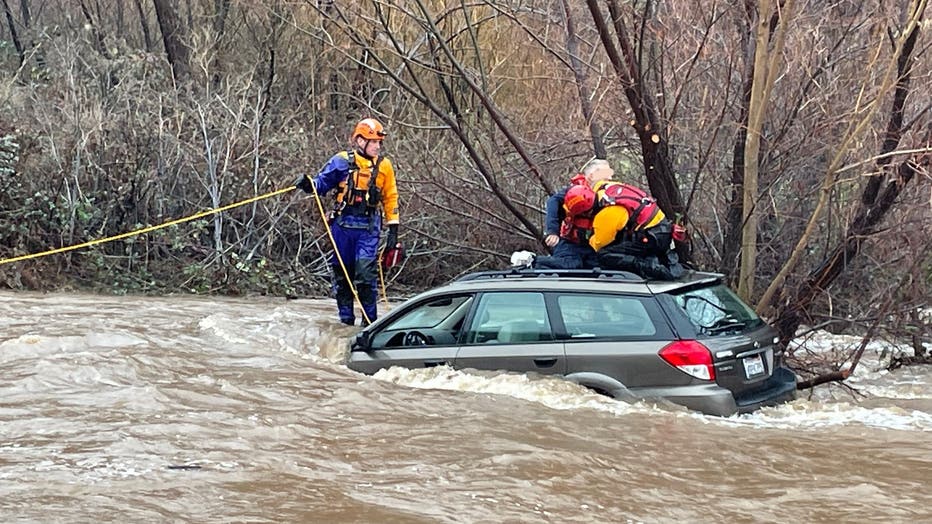 The sheriff’s office said that after rescuing the driver and occupants who drove into the floodwaters, they were dispatched to evacuate people in a mobile home park before being dispatched yet again to another report of a motorist who drove into surging waters.

"After the evacuation efforts, the Search and Rescue Team was again dispatched back to the flood waters on Jesus Maria Rd near Hawver rd, Mokelumne Hill, for a reported vehicle and driver stuck in the floodwater," the sheriff’s office posted.

Photos show the rescue team on a raft on the surging waters while making their way to a vehicle where a man was taking refuge on the roof. 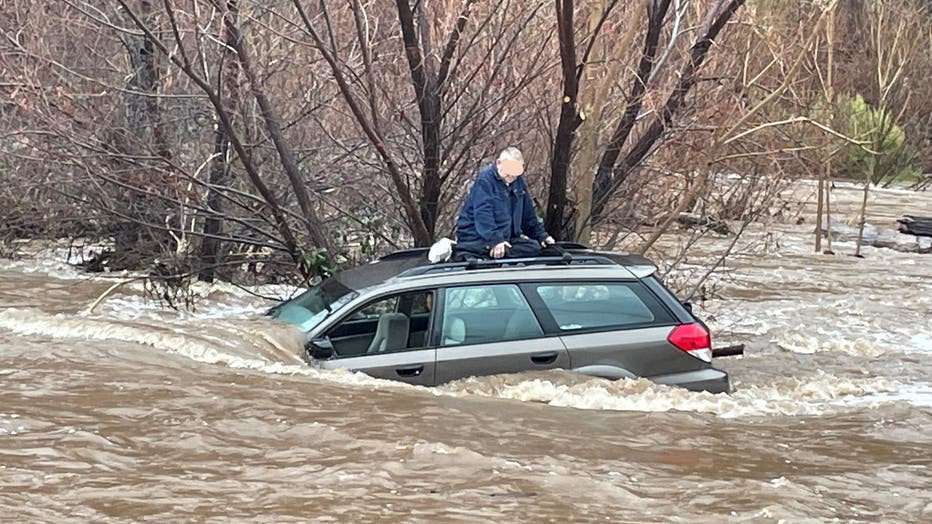 "The male had driven past the road closure barricades and his vehicle had been partially swept downstream," the sheriff’s office said.

While conducting the rescue, yet another driver was seen also driving past the road closed sign and nearly drove into the surging waters.

The sheriff’s office is calling on drivers to obey road closed signs.

"Flood waters rise and fall without warning. The water on the road past the road signs may not look deep however, there could be hidden dangers that were swept into the road; tree branches, rocks, sharp objects and other unknown hazards. Additionally, the road may be compromised due to erosion," Lt. Greg Stark of the Calaveras County Sheriff's Office told Fox News Digital.

Other law enforcement agencies in the state reported saving people who have found themselves stranded in the floods, including a family of three who were trapped in an SUV in San Bernardino County on Sunday.