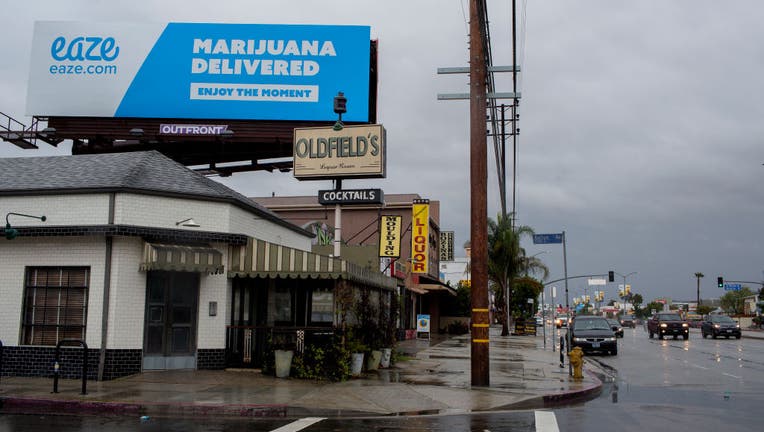 SACRAMENTO, Calif. - In a downer for California’s legal marijuana industry, regulators say some highway billboards advertising such products must come down.

The state Bureau of Cannabis Control on Thursday ordered billboard companies to stop selling space for cannabis marketing and take down existing ads on roads that cross state borders. Previously, such ads were only banned within a 15-mile (24-kilometer) radius of the California border.

The new decision covers about three dozen state and interstate routes, including the heavily traveled U.S. 101 in Los Angeles.

The advertisements can remain on highways that lie entirely within California borders.

The decision heeds a ruling by a judge in San Luis Obispo County that found interstate highway cannabis ads are illegal under Proposition 64. The voter-approved 2016 ballot measure legalized marijuana for adult recreational use and included restrictions on advertisements.

The move could prove costly to the multibillion-dollar legal cannabis industry, which already must battle for market share while contending with restrictions, taxes and illegal pot providers.

"This makes it much harder for legal cannabis businesses to attract new customers, including customers that were shopping on the illicit market," said Lindsay Robinson, executive director of the California Cannabis Industry Association.

The Cannabis Control Bureau hasn’t provided a deadline for removal of the billboard ads and it wasn’t immediately clear what kind of penalties might be imposed, the Orange County Register reported.

"We’re starting the notification process and answering questions from licensees that have billboards up now to try and best understand their situation," bureau spokesman Alex Traverso told the paper on Friday.