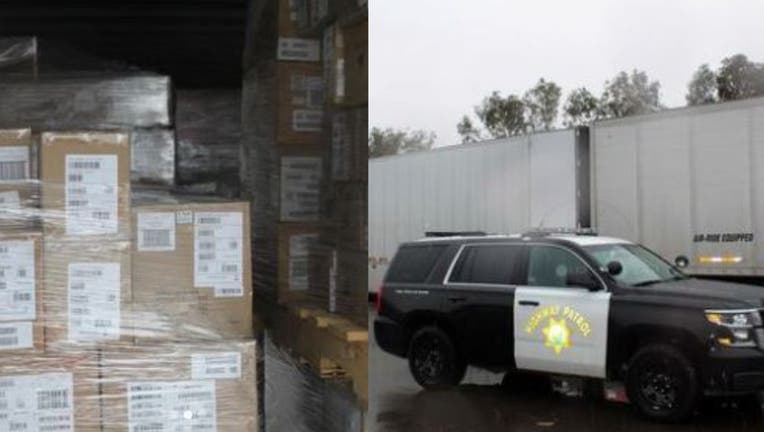 LOS ANGELES - A man was arrested after law enforcement recovered over $500,000 in stolen Best Buy merchandise.

The caller reported what he believed to be a commercial load inside a tractor trailer being stolen. When CHP officers arrived on scene, they saw two semi-trailer trucks backed up against each other docked to unload the stolen merchandise.

Jaspreet Singh, 59, was arrested and booked into the Fresno County Jail.

Anyone with information regarding this case is urged to call the CHP Central Division Office at (559) 603-7740.