SACRAMENTO, Calif. (AP) - Law enforcement agencies in California would be barred from using facial recognition technology in body cameras for three years under a bill that has cleared the state Senate.

The state Senate voted 25-11 on Wednesday to temporarily ban the technology. The state Assembly must approve the bill before it heads to the governor’s desk.

Wednesday’s vote follows San Francisco, which in May became the first city in the country to ban facial recognition technology for government use. 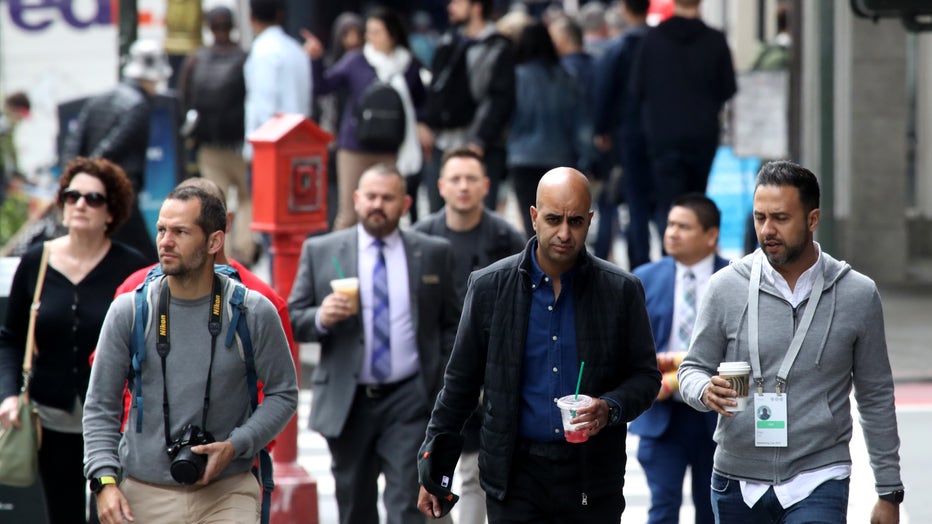 SAN FRANCISCO, CALIFORNIA - MAY 14: Pedestrians walk along Powell Street on May 14, 2019 in San Francisco, California. San Francisco could be the first city in the United States to ban facial recognition technology by police and city agencies. The Sa (Getty Images)

The American Civil Liberties Union tested the technology last year, finding it incorrectly matched 28 members of Congress with people who had been arrested, disproportionately misidentifying black and Latino members.

Democratic Sen. Bob Archuleta opposed the bill, saying the state should put restrictions on the technology instead of an outright ban.