LAGUNA WOODS, Calif. - A Laguna Woods reverend is asking for prayers in a letter sent out to congregants after tragedy struck on Sunday afternoon at the Geneva Presbyterian Church.

Just before 1:30 p.m., officials with the Orange County Sheriff’s Department said a gunman opened fire inside the church. One person was killed and four others are in critical condition at the hospital. A sixth victim was hurt and suffered minor injuries in the shooting. Investigators estimate about 40 people were inside the church at the time.

A GoFundMe has been set up for the victims.

The names of the victims have not been released. However, sheriff’s officials revealed Sunday night the shooting victims were four men and one woman of Asian descent, aged between 66 and 92 years old.

The letter indicates the shooting occurred during a lunch reception honoring former pastor, Rev. Billy Chang of the Irvine Taiwanese Presbyterian Church, clarifying that the congregations have shared space since 2009. 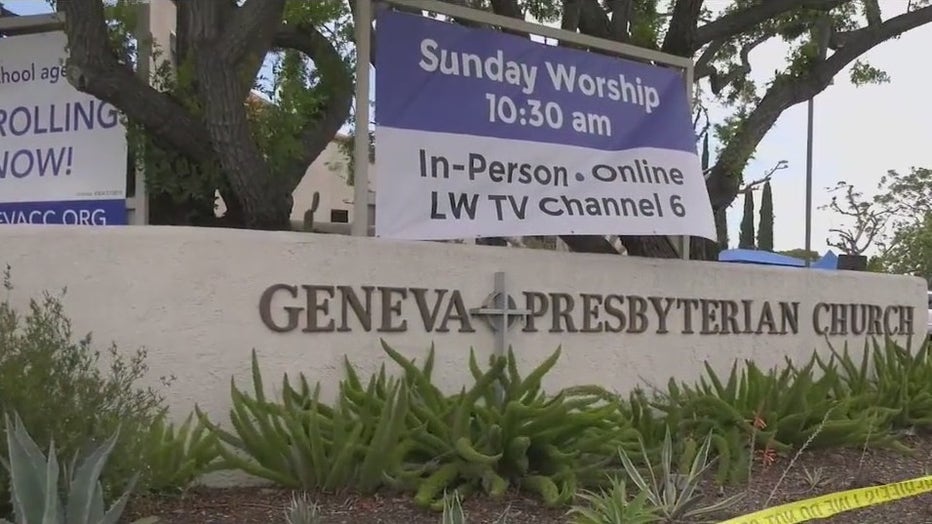 Rev. Dr. Steven M. Marsh wrote the following in part in a letter sent to members of the congregation:

We ask all who read this to please keep the leadership and congregation of ITPC in your prayers as they care for those traumatized by this shooting.

The Geneva Church family will support the ITPC congregation through this traumatic experience. We will listen to this community and follow their lead. The Session and staff is requesting that together, we pray for one another and those in our surrounding communities. We’ve all been affected, and we hold our neighbors at ITPC at the center of our prayers.

On this sorrowful day and confident in the resurrection’s victory over death, I remain faithfully yours.

Sheriff’s investigators said congregants at the church heroically detained the suspect, tackling the shooter to the ground, and hogtying him with extension cords until deputies arrived.

The suspect was identified by authorities Monday as 68-year-old David Chou of Las Vegas.