Traffic was impacted on the westbound lanes of the 210 Freeway after a fire ignited Oct. 19. Stu Mundel reports from SkyFOX.

PASADENA, Calif. - Firefighters were working to knock down a vegetation fire that erupted along the westbound 210 Freeway in Pasadena Tuesday afternoon.

All westbound lanes of the freeway were temporarily closed in the area as crews worked to knock down the flames.

The Pasadena Fire Department said the fire grew to a quarter of a mile and that smoke was visible for miles.

The California Highway Patrol and Pasadena Police Department also responded to the scene.

Traffic was temporarily impacted in the area and commuters were asked to plan for delays.

Firefighters knocked down the flames and all lanes were reopened by late afternoon. 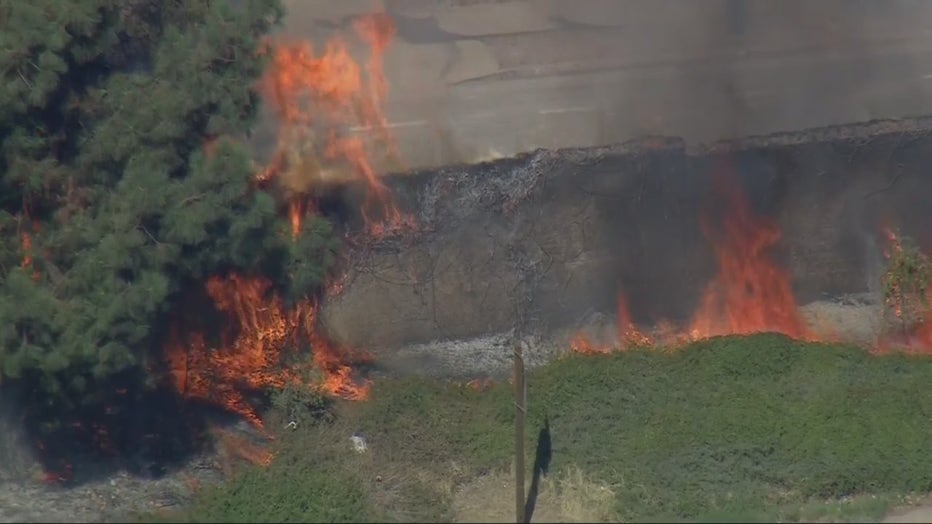