PCH closed in Pacific Palisades due to brush fire

A portion of Pacific Coast Highway in Pacific Palisades was closed Sunday night as crews battled a small brush fire.

LOS ANGELES - A brush fire forced the closure of Pacific Coast Highway in Pacific Palisades while crews worked to battle the blaze Sunday night. The fire has been contained.

Reports of the fire came in around 8:45 p.m. Sunday, in brush near the 15000 block of Corona Del Mar in Pacific Palisades, according to the Los Angeles Fire Department. The fire has burned approximately one acre and is burning uphill toward some homes, the department said.

Crews battled the fire from the ground and from the air. LAFD said no structures had been damaged and no injuries had been reported. The response closed Pacific Coast Highway between Chautauqua Boulevard and Temescal Canyon Road.

Shortly before 10 p.m. Sunday, LAFD reported that the fire had been contained.

Images from SkyFOX showed smoke over PCH while the highway was blocked off for fire vehicles. 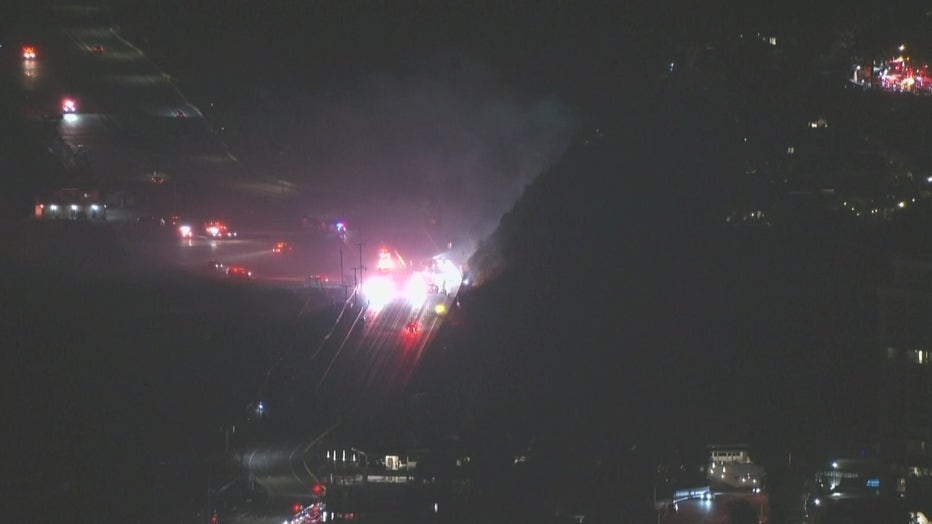 PCH will remain closed until fire crews are done combating the blaze.