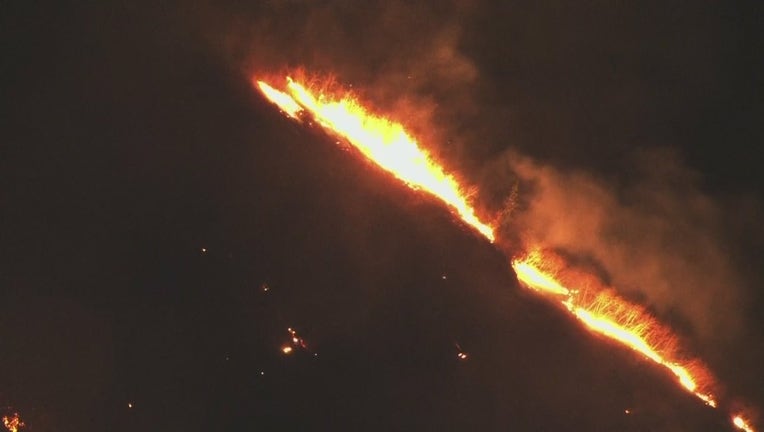 LOS ANGELES - Firefighters early Saturday were mopping up from a greater alarm fire that burned just under 5 acres of brush in Highland Park.

It took 96 firefighters an hour and 17 minutes to contain the fire, Prange said.

No injuries were reported and the cause of the fire is under investigation, Prange said.