A helicopter is seen dropping water onto hotspots of the Bouquet Fire in the Castaic Canyon Monday.

LOS ANGELES COUNTY - Firefighting crews are working to put out a forest fire in the Castaic area.

Reports of the blaze began coming in shortly before 2:30 p.m. Monday. According to Angeles National Forest officials, the fire started as a car fire at Bouquet Canyon Road near Spunky Canyon Road, before spreading to the trees.

The latest numbers indicate the fire has spread to about 50 acres and is 90% contained, according to the latest update from Angeles National Forest late Tuesday night. 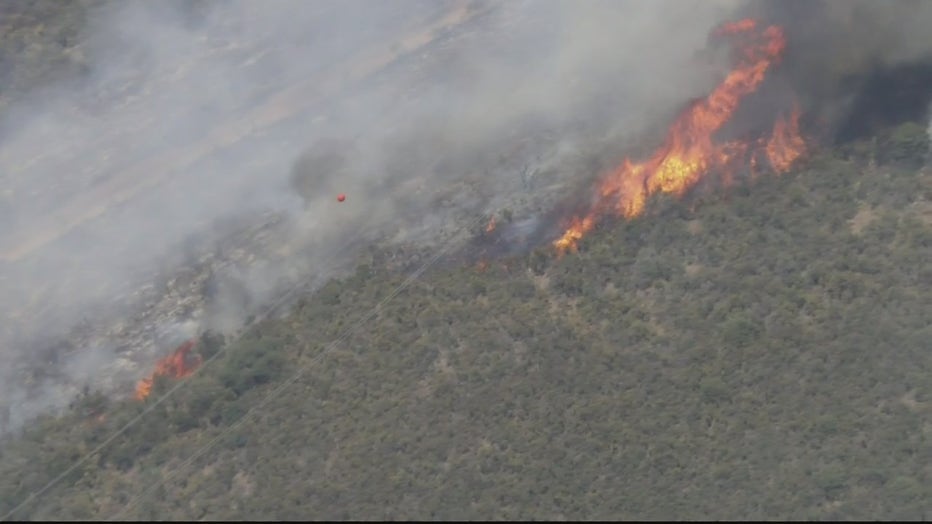 Los Angeles County Fire Department crews responded to the scene. SkyFOX was live over the firefight. At least one helicopter could be seen, drawing water from the nearby Bouquet Reservoir, attempting to douse the flames and hotspots. Crews could be seen on the ground as well.

Officials say no structures are in any danger as of yet.

This is a developing story and will be updated as more information becomes available.