THOUSAND OAKS, Calif. - November 7, 2018 -- One of the safest cities in America was forever transformed. Twelve people were killed inside the Borderline Bar and Grill in Thousand Oaks.

For years, the Borderline was a mainstay for country music in Ventura County. "College night" was well underway when the gunshots began that night.

Sgt. Ron Helus was the first member of law enforcement to respond. His wife, Karen, listened in on a "scanner app" as her husband entered the chaotic scene. She heard the gunfire that killed her husband.

As many inside tried to flee the scene, others stayed behind to help people escape. Several of them lost their lives but saved others in the process.

Hours after that shooting spree, a massive fire broke out in Ventura County. Some shooting survivors suddenly became evacuees. The Woolsey Fire would become one of the biggest and most destructive blazes in California history.

Because of that fire dominating media coverage, many of the stories of the Borderline victims were never told. Their families weren't given the time and space to grieve.

Over the last year, they've relied on each other for hope & healing.

"Borderline: One Year Later" is their story. FOX 11 anchor Elex Michaelson sits down with some of those most impacted by the shooting and discusses how they're coping one year into this process.

It is edited by Debbie Kim and produced by Elizabeth Ford.

The special is dedicated to the Borderline 12: 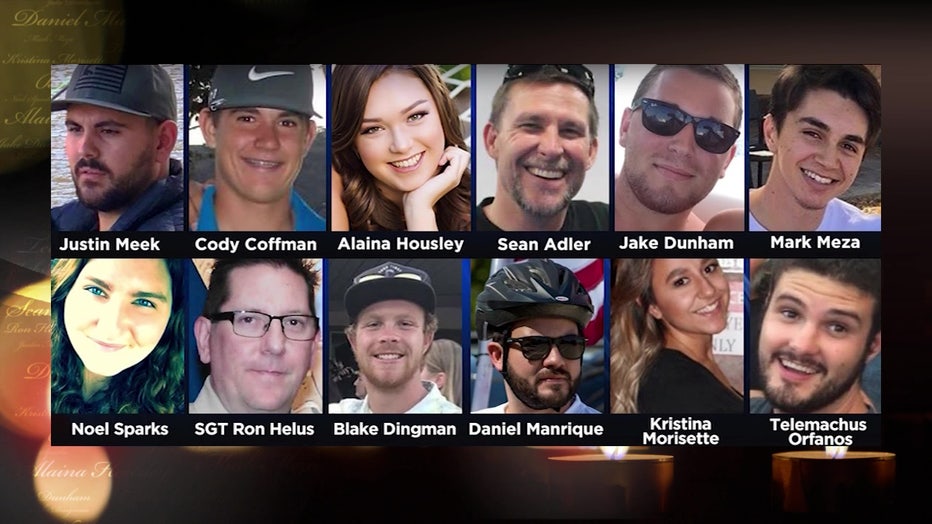