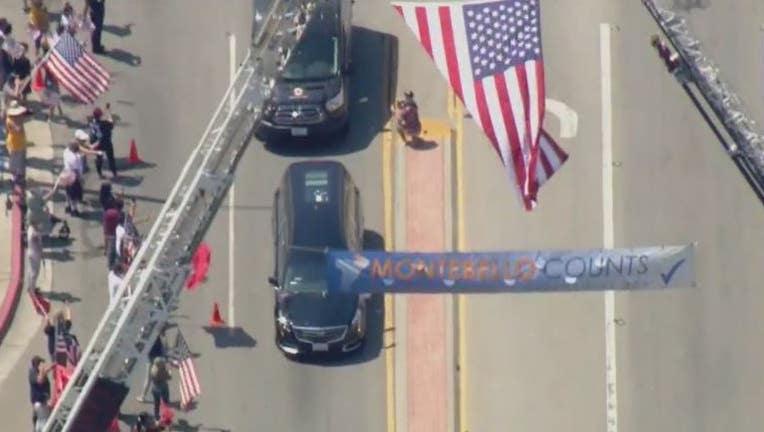 MONTEBELLO, Calif. - The body of a 21-year-old U.S. Marine, who was one of nine service members killed during a training mission near San Clemente Island, was brought home to Montebello, where he will be laid to rest.

Lance Cpl. Marco Barranco was in an amphibious troop-transport vehicle en route to a waiting ship during a maritime training mission about 80 miles west of Encinitas when it foundered for unknown reasons on July 30, according to Lt. Gen. Joseph Osterman, commanding general of the 1st Marine Expeditionary Force.

The 26-ton vessel went down roughly 1,600 yards from a beach on the northwest side of the island in water nearly 400 feet deep. Seven service members survived the accident.

RELATED: 'I thank them for the brave service': Trump says of 9 service members killed in training accident

The remains of the nine who died were taken to Dover Air Force Base in Delaware to be prepared for burial, and Barranco's body arrived at Los Angeles International Airport Monday. A procession left LAX at 1:45 p.m. en route to Risher Mortuary & Cremation Service in Montebello.

The procession traveled east on the Century (105) Freeway and north on the Long Beach (710) Freeway, exiting at Olympic Boulevard and making its way to the mortuary at 1316 W. Whittier Blvd. 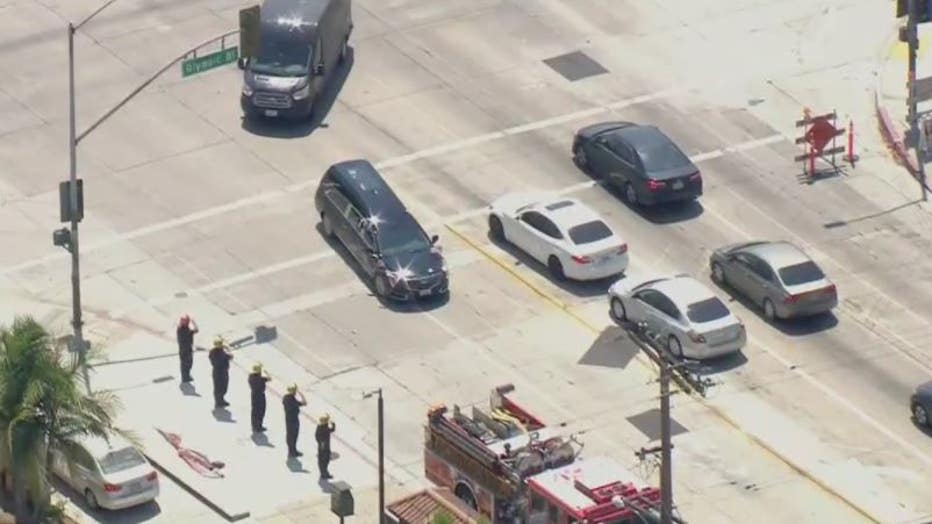 At several points along the route, first-responders parked their vehicles along freeway overpasses and saluted as the hearse passed below.

RELATED: Family reflects on the loss of Marine son after mishap off San Clemente Island coast

Memorial services are planned for 11 a.m. Saturday at the Montebello Veterans Memorial at Montebello City Park, according to a GoFundMe campaign organized by Barranco's uncle.

"Marco (known by Andy to everyone) was a kind-hearted person with a lot of love to share,'' Jorge Barranco wrote on the GoFundMe page. "Andy loved his family, loved his parents, loved his neighbors and everyone around him, always willing to help, lend a hand or ear. Andy joined the military with the ambition to make his family and country proud. He wanted to protect his country and make sure that everyone in it was safe.'' 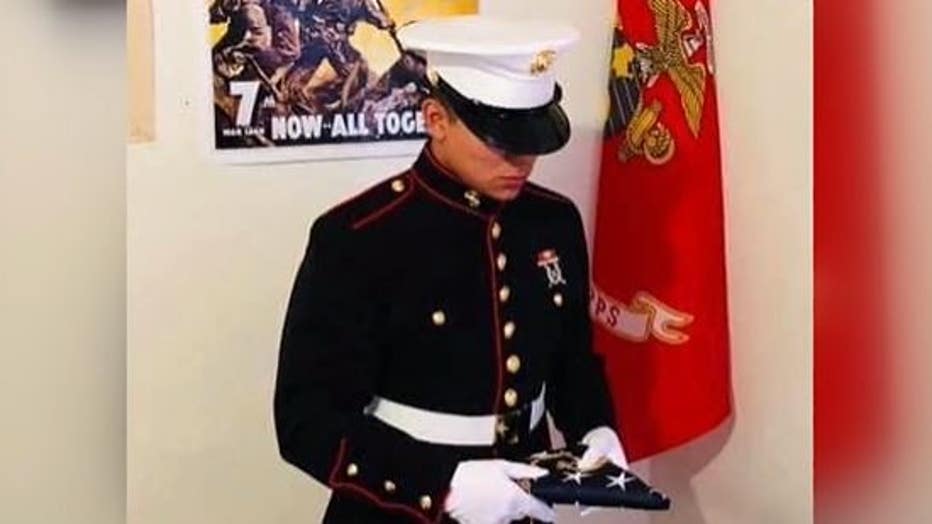 Barranco was born and raised in Los Angeles and later moved to Montebello, where he attended high school, according to his uncle. His survivors include his parents, two sisters, a niece and an unborn nephew.

"Andy wanted for his story to be heard, let's make some noise for him, let's have his name known along with those other fallen soldiers, who's voices will never be heard,'' Jorge Barranco said on the GoFundMe page. "Let us be the ones to speak up for them, because they matter too.''

The page has raised more than $19,000 as of Monday afternoon.