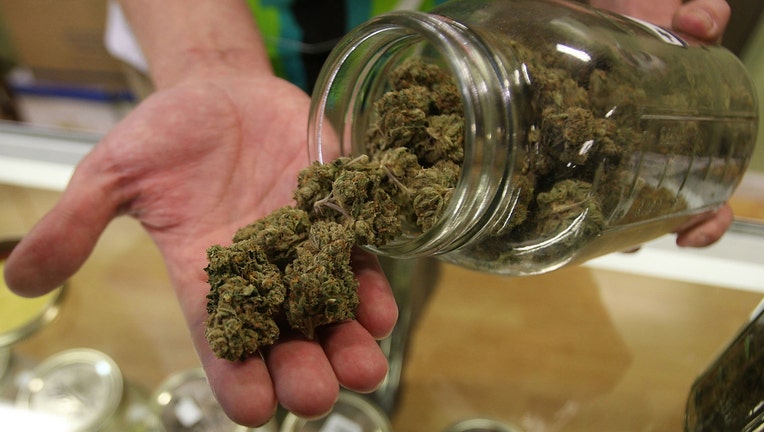 (FOX 2) - The Government is shutdown and employees are furloughed - but members of Congress are still working on introducing important laws. One of which is the federal legalization of marijuana - also known as House Resolution 420.

In a hat tip to the marijuana culture, Rep. Earl Blumenauer (D-OR) introduced the resolution on Wednesday, amid the Government shutdown. Of course, by now, you're probably familiar with 420 - a special number in the marijuana scene.

The Oregon Rep. Blumenaur's bill is actually titled the Regulate Marijuana Like Alcohol Act and would remove cannabis from the federal controlled substances act. Michigan voters passed a similar law in November that legalizes the possession of 2.5 ounces of marijuana outside the home - plus possession of 10 ounces inside a home. Residents can also grow up to 12 plants.

The bill introduced in U.S. Congress on Wednesday would take marijuana off the federal controlled substances list and establish a nationally regulated industry overseen by the Bureau of Alcohol, Tobacco, Firearms and Explosives.

"While the bill number may be a bit tongue in cheek, the issue is very serious. Our federal marijuana laws are outdated, out of touch and have negatively impacted countless lives," Blumenauer said in a press release. "Congress cannot continue to be out of touch with a movement that a growing majority of Americans support. It's time to end this senseless prohibition."

Blumenauer has long advocated legalizing marijuana at the federal level.

He authored a blueprint last year for his like-minded Congress members on how to achieve that goal now that the House of Representatives has a Democratic majority.

Blumenauer is founder and co-chair of the Congressional Cannabis Caucus.

Will HR 420 pass? The Government has to reopen first. For now, it's been referred to several House committees including Judiciary, Energy and Commerce, Ways and Means, Natural Resources, and Agriculture.