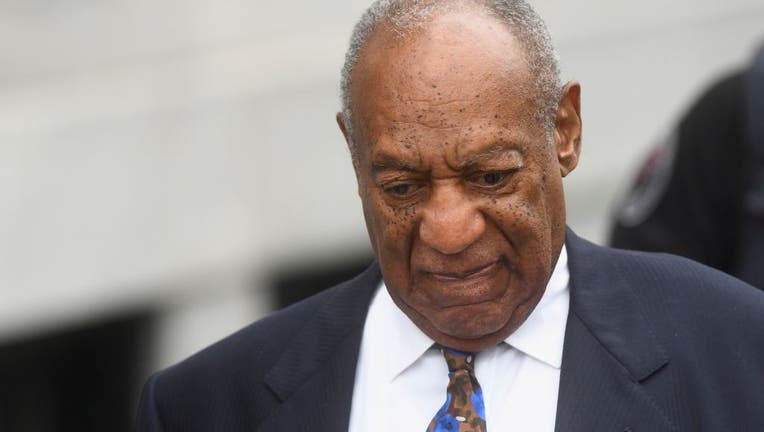 Bill Cosby departs the Montgomery County Courthouse on the first day of sentencing in his sexual assault trial on September 24, 2018 in Norristown, Pennsylvania. In April, Cosby was found guilty on three counts of aggravated indecent assault for drug

SANTA MONICA, Calif. - With jury selection less than a week away, attorneys scrambled to deal with shifting evidence Tuesday in Bill Cosby’s civil trial over allegations that he sexually assaulted a teenage girl at the Playboy mansion nearly 50 years ago.

Plaintiff Judy Huth said in a recent court filing that she now believes the assault happened in 1975 when she was 16, not in 1974 when she was 15 as she had long alleged, spurring cries of foul and a request to dismiss the case from Cosby’s attorneys, who said the change has upended their defense on the eve of trial.

Los Angeles County Superior Court Judge Craig Karlan gave no indication he planned to throw out the 8-year-old case just before a trial that he is determined to have start as scheduled on Monday, and forged ahead in preparations.

Cosby, 85, will not attend any of it, his attorneys said. The case has taken on renewed significance as one of the few remaining legal actions against him after the Pennsylvania’s highest court threw out his criminal sexual assault conviction in June and released him from prison, and many other lawsuits were settled against his will by his insurer.

Huth’s attorneys said the change in her story came after research of archival evidence led them to determine the dates when Cosby was shooting the movie "Let’s Do It Again" at a Los Angeles-area park, where Huth says the two met before he took her to the mansion.

The evidence included a dated photo of Cosby with a beard and a tuxedo looking exactly as Huth had remembered him.

The change was revealed in a declaration that was attached as an exhibit to a May 5 motion. But Bonjean said she should have gotten direct notification, and told the judge the move was "subversive."

"We filed it with the court, that was subversive?" Goldberg said.

He suggested the defense had long been concealing the timing of the mansion visit.

Cosby’s attorneys said they had built much of their trial defense around the timing of the trip to the Playboy Mansion, including going to great lengths to establish Cosby’s whereabouts at the time, and basing their planned questions for Huth on the witness stand around her account of the chronology.

Huth’s lawsuit alleges Cosby forced her to perform a sex act on him in a bedroom of Playboy founder Hugh Hefner’s famed Los Angeles mansion.

Bonjean acknowledges that Cosby met Huth and took her to the mansion — a photograph shows the two there together — but that the visit happened later when Huth was not a minor, and that no sexual assault took place regardless.

Bonjean also said the changed story also means changes to the relevance of the case’s law, which treats 15-year-olds and 16-year-olds differently.

Without dismissing the case or delaying the trial, the judge did agree with Huth’s lawyers that they should have clearly notified the defense of the timing change, and he ordered Huth and a friend who is corroborating her story to sit for new depositions this week.

"It is extraordinarily difficult to defend against an allegation from 50 years ago. Nobody could do it, innocent, guilty or something in between," Bonjean, who also represented Cosby in his criminal case and is representing R. Kelly in his Chicago child pornography trial, said outside court. "You work you work you work to create a defense, and then all of a sudden at the last minute, it’s a bait-and-switch."

Cosby gave a videotaped deposition early in the case, but will not be required to testify the trial.

He will not make the trip to California from his Pennsylvania home because of glaucoma that has left him blind, his representatives said.

But his absence is no indication of how vigorously he intends to fight.

"Mr. Cosby is a guy who has never settled for anything in life, and he’s not going to settle in this case," Cosby spokesman Andrew Wyatt said after the hearing.

The Associated Press does not normally name people who say they have been sexually abused, unless they come forward publicly, as Huth repeatedly has.

Cosby, the groundbreaking Black actor and comedian, had been the first celebrity convicted of sexual assault in the #MeToo era. The jury at his 2018 retrial found him guilty of drugging and molesting a college sports administrator. However, the conviction was later reversed.

A barrage of such sexual assault allegations destroyed his image as "America’s Dad" and led to multimillion-dollar court settlements with at least eight women.