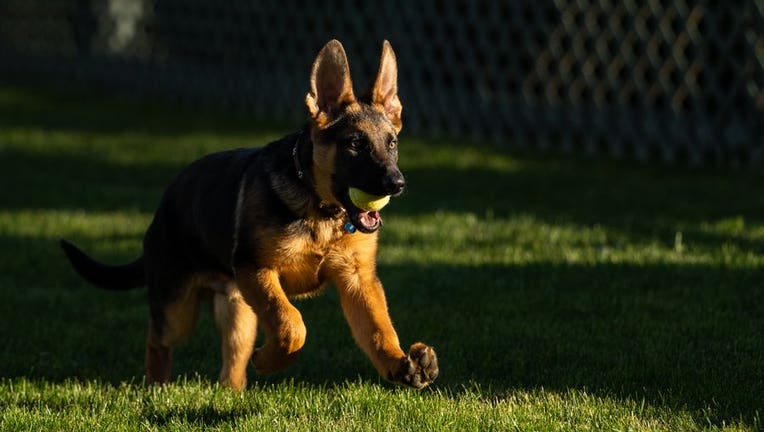 Commander, a puppy, is the latest member of the Biden family at the White House.

WASHINGTON - President Joe Biden has welcomed a new addition to the family, a puppy named Commander.

Biden shared a photo Monday on his official Twitter account with a caption that said, "Welcome to the White House, Commander" as well as a brief video of him tossing a ball to Commander and walking the leashed dog into the White House.

No other details about the dog were provided.

The puppy appears to a German shepherd, the breed of Biden’s other two dogs, and was a gift to him from his family, according to CNN, which first reported on the puppy’s arrival after it was seen scampering around the White House South Lawn on Monday.

His name appears to be a play on Biden’s status as commander in chief of the U.S. armed forces.

Biden brought his other dogs to the White House shortly after he took office in January.

Major, who was much younger than Champ, was involved in several biting incidents during his relatively short tenure at the executive mansion and was returned to Biden’s home in Delaware.

RELATED: Biden’s dog Major involved in another biting incident at the White House

Biden’s wife, Jill, had said in April that a cat would soon be joining the family at the White House, but a feline has not yet shown up or been announced.