WASHINGTON - A commission tasked with studying potential changes to the Supreme Court has released a first look at its review, a draft report that is cautious in discussing proposals for expanding the court but also speaks approvingly of term limits for justices.

The 36-member bipartisan commission, largely composed of academics, has been studying court reform and holding hearings, but it was not charged with making recommendations under the White House order that created it. As a result, much of the some 200 pages of materials the commission released Thursday night are history and context for reform proposals.

A final report from the committee, which was meeting Friday, is expected in about a month and would go to the president then. Even when the commission does finish its work, however, any proposals for change would be met with serious political headwinds particularly with midterm elections looming and the chance that Democrats could lose control of Congress.

The current makeup of the Supreme Court, with a conservative majority, and key issues that are likely to be addressed by the court could shape the conversation in upcoming midterm elections. There are two growing pressure points: abortion and voting rights. The court’s decision last month not to block a Texas abortion law from going into effect has left the state with the nation’s most restrictive measures. Challenges to the law are ongoing and the court is already hearing a major abortion case in December that could reshape abortion rights nationwide. There also stand to be legal challenges to GOP efforts to restrict access to the ballot in several battleground states.

The commission's review was a campaign promise President Joe Biden made amid pressure from activists and Democrats to react after the court's composition tilted sharply to the right during President Donald Trump’s term.

Trump nominated three justices to the high court, giving it a 6-3 conservative majority. Democrats were especially frustrated that the Republican-led Senate kept former President Barack Obama from filling the seat left empty for months by the death of conservative Justice Antonin Scalia in 2016. Then, with Trump in office, the Senate pushed to confirm Amy Coney Barrett to the court following the death of liberal Justice Ruth Bader Ginsburg weeks before the election.

That led to calls by some progressives for reforms including term limits and demands that Biden pack the court, adding justices to it to act as a bulwark against challenges to voting rights, abortion rights and civil liberties. Biden, an institutionalist at heart, had told advisers that he was not inclined to do so, in part because it would open the door for the Republicans to do the same when they had the chance. 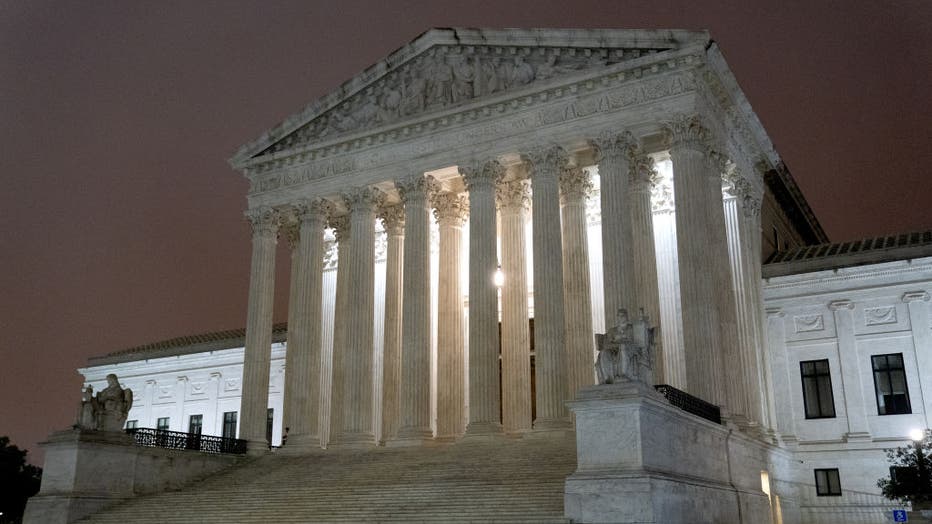 For its part, the commission devoted a significant section of the materials it released to discussing term limits for the justices, who under the Constitution have life tenure. The commission described term limits as the proposal that appears to have "the most widespread and bipartisan support."

Biden was asked by reporters Friday if he supports term limits on the Supreme Court, and responded, "No."

During discussion of the draft report Friday, however, a number of commission members said they were in favor of term limits before studying the issue but have since changed their minds. And more than one member said the draft came close to endorsing term limits, a view they disagreed with.

Harvard University Professor Emeritus Laurence Tribe said he began the process thinking that of all the possible changes, term limits would be the most obvious, "relatively uncontroversial, widely supported across the spectrum and probably beneficial." After the review process, however, he said, "I no longer think it’s likely that this would be a good idea."

The draft report said a politically diverse array of scholars have endorsed term limits and a survey of literature on the subject by the commission "discovered few works arguing against" them.

The commission said it was divided over whether Congress has the power to create the equivalent of term limits for justices by statute or if a constitutional amendment is required.

The commission's report was cautious in addressing proposals for increasing the size of the court. It noted increasing the court's size could create a more diverse court that could handle more cases. But it also noted that the "risks of Court expansion are considerable," including to the court’s legitimacy.

"Other countries have found ways to make a larger court workable," the commission said, while noting that: "We should be cautious about assuming, however, that the U.S. Supreme Court could easily follow the lead of its international analogues."

Congress originally set the size of the court at six members. The size has been nine since 1869.

With the commission wrapping up its work, calls for action from Congress and the president could increase. During the presidential campaign Biden repeatedly sidestepped questions on expanding the court. White House press secretary Jen Psaki had said he would not weigh in about the size of the court until the commission finished its work.

A number of groups are closely watching what the committee produces. Brian Fallon, executive director of the progressive court group Demand Justice, called the draft report "not even close to being worth the wait," arguing that the "paralysis-by-analysis reflected here is exactly what you would expect from a commission made up mostly of academics." He said the commission's purpose was simply to "buy time for the Biden administration while it fights other legislative battles."

But Alliance for Justice President Rakim Brooks said in a statement that the "report will help raise awareness that reform is not only possible, but necessary." And Gabe Roth of the group Fix the Court said in a statement that the "draft highlights the benefits of several popular Supreme Court reforms, including term limits, that would rebuild trust in an institution whose public esteem has recently cratered."

The panel is being led by Bob Bauer, who served as White House counsel for former President Barack Obama, and Cristina Rodriguez, a Yale Law School professor who served in the Office of Legal Counsel for Obama.