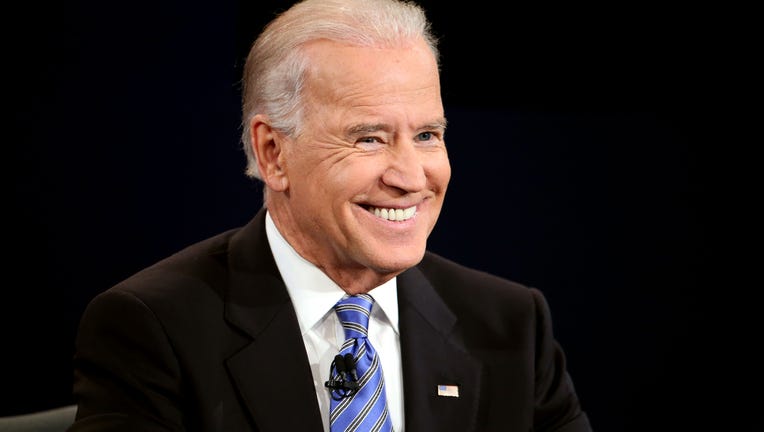 DANVILLE, KY - OCTOBER 11: U.S. Vice President Joe Biden smiles during the vice presidential debate at Centre College October 11, 2012 in Danville, Kentucky. This is the second of four debates during the presidential election season and the only deba

LOS ANGELES - As he returns to the Southland for another fundraiser and a visit to the Gerald Desmond Bridge Replacement Project, former Vice President Joe Biden picked up endorsements today from the mayors of Los Angeles and Long Beach.

"Joe Biden is a close personal friend who has been an incredible partner in delivering progress for L.A.,'' Los Angeles Mayor Eric Garcetti said in a statement released by the Biden campaign. "He came to L.A. and stood shoulder-to-shoulder with me to make us the first big city to enact a $15 minimum wage, and he brought leaders from all over the world to our city to forge the most sweeping climate agreement prior to the Paris accords.''

Garcetti praised the field of Democratic presidential hopefuls, but said, "I will never forget what Joe Biden has done for my city and our
nation.''

Long Beach Mayor Robert Garcia, who had supported the candidacy of California Sen. Kamala Harris until she dropped out of the race, also issued a statement Thursday endorsing Biden.

"As the mayor of a growing, vibrant and diverse city, Donald Trump's reckless attacks on immigrants, health care and the LGBTQ community are deeply personal,'' Garcia said. "Joe is a candidate that has both the experience and the ability to build a broad-based coalition needed to beat Donald Trump -- not just here in California, but across the country. We've seen Joe bring people together time and time again to deliver results for working families, including right here in California.''

The bridge project, which is expected to be completed this year, will replace the previous 1960s-era span at the Port of Long Beach with a 205-feet-high bridge designed to provide clearance for larger modern cargo ships. The original bridge is 155 feet above the water.

It will also include three traffic lanes in each direction -- up from the previous two -- along with emergency lanes and a bicycle/pedestrian path. According to port officials, the bridge is also a critical route for cargo trucks, with roughly 15% of the nation's imported water-borne cargo traveling over the span.

The nearly $1.3 billion project is estimated to have created roughly 3,000 construction jobs.

Details of the Biden for President fundraiser in Irvine were not released. Biden was last in the Southland to attend the Dec. 19 presidential
debate at Loyola Marymount University. He also visited the area in early December, attending fundraisers in Los Angeles and Santa Monica. Biden held a fundraiser Wednesday night at a Washington, D.C. law firm.