BURLINGTON, Vt. (AP) - While acknowledging his deficit in the Democratic race, Bernie Sanders said Wednesday he’s pressing ahead with his presidential campaign at least long enough to debate Joe Biden this weekend and try to force him to answer questions about economic inequality and the country’s fraying social safety net.

The Vermont senator offered no further details on what his campaign may look like before or after he and Biden — the last two major candidates left in the Democratic presidential nomination — spar Sunday night on stage in Arizona.

And that will continue to raise questions — as unlikely as it may seem less than two weeks after losing his front-runner status — about how long Sanders will persist against increasingly daunting odds.

Sanders addressed reporters after offering no public statements Tuesday night, when he suffered a devastating primary defeat in Michigan and losses in Missouri, Idaho and Mississippi at the hands of Biden. Sanders noted that he won North Dakota and the continuing count in Washington state remained close.

But he admitted he was trailing badly, perhaps prohibitively, in the race to secure enough delegates to secure the nomination before the Democratic National Convention in Milwaukee.

“While our campaign has won the ideological debate, we are losing the debate over electability,” Sanders said, meaning Democrats think Biden has a better chance of beating President Donald Trump in the fall. “That is what millions of Democrats and independents today believe.” Sanders was quick to add that he believes he is the stronger Democrat t 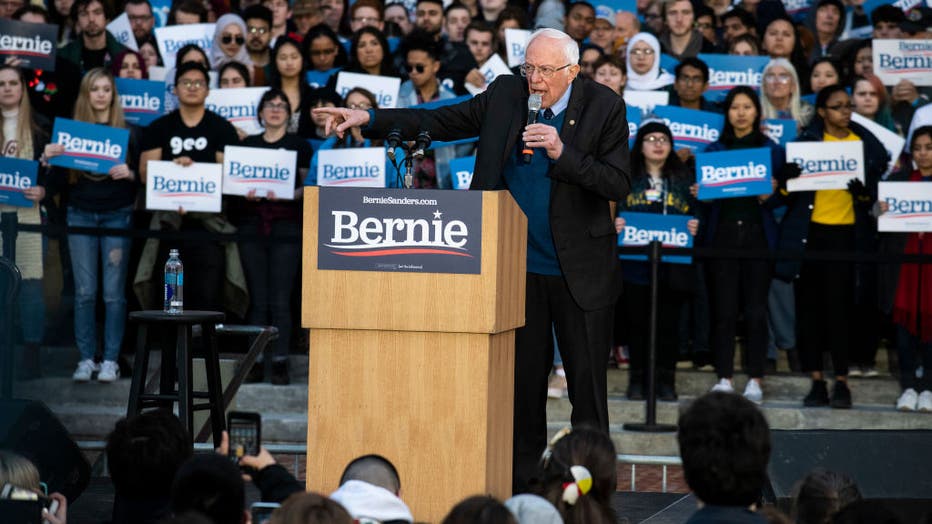 He promised to question Biden about millions of Americans who don't have health insurance, a criminal justice system he said unfairly targets and punishes minorities and raising the federal minimum wage. Sanders also struck his typical, defiant tone, noting that he has won a greater percentage of young voters while Biden continues to be favored by older ones.

“Today I say to the Democratic establishment, in order to win in the future, you need to win the voters who represent the future of our country,” Sanders said.

Sanders has indeed been widely favored over Biden by voters under 30, but he has not delivered on his strategy of getting them to the polls in great numbers, according to AP VoteCast surveys of voters in the Democratic primaries. Also problematic for him: He showed no overwhelming strength with voters age 30 to 44, typically a larger share of the vote than the very young, in Michigan and Missouri on Tuesday night.

Beyond the Sunday debate, it's unclear where Sanders goes in this time of uncertainty, both over his political prospects and the coronavirus.

His advisers suggested that he could use tele-town halls, which he convened frequently when Trump's impeachment trial kept him in Washington and unable to campaign in Iowa for that state's Feb. 3 caucus. But in his remarks Wednesday, Sanders did not mention travel plans or substitutes for them.

Sanders is scheduled to appear as planned Wednesday on NBC's “The Tonight Show Starring Jimmy Fallon.”