LOS ANGELES COUNTY - A 62-year-old man who suffers from memory loss, diabetes, kidney failure and carries a catheter bag was reported missing Wednesday after last being seen near his home in the unincorporated East San Gabriel area.

When Milton Navarette was last seen about 8:30 a.m. Tuesday in the 6000 block of North Willard Avenue, he was heading to a hospital for medical attention, according to the Los Angeles County Sheriff's Department.

Navarette may be in the Union Station area near downtown Los Angeles, the sheriff's department reported late Wednesday morning. 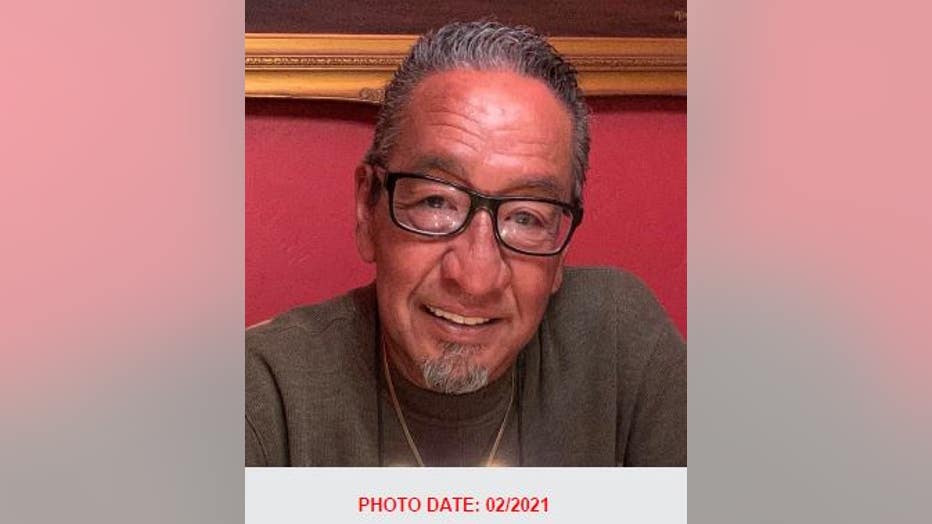 Navarette is Hispanic, 5-feet-8 inches tall and weighs about 140 pounds, with gray hair and brown eyes. He wears prescription glasses and was believed to be wearing a yellow hooded sweatshirt, a blue baseball cap with "Chanos" on it, and a blue Kaiser Permanente mask.

Anyone who knows his whereabouts was asked to call the sheriff's Missing Persons Detail at 323-890-5500. Anonymous tips can be called into Crime Stoppers at 800-222-8477 or submitted online at lacrimestoppers.org.