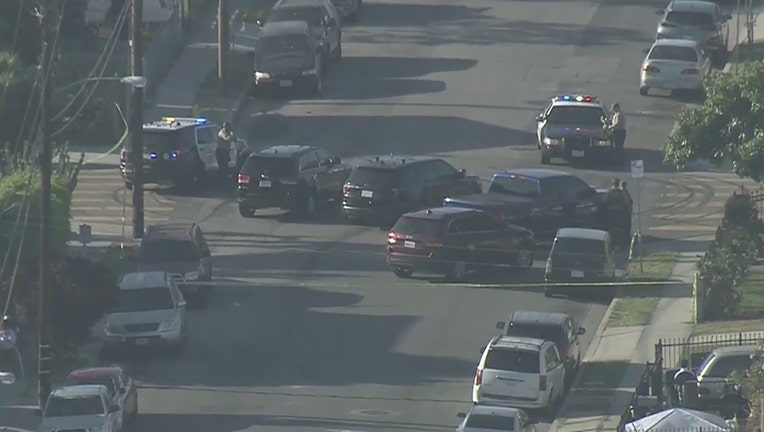 The L.A. Sheriff's Department is asking the public to avoid the area of W. 109th Street and Budlong Avenue.

The deputy-involved shooting occurred at about 5:15 p.m. No deputies were injured but the male suspect was struck by gunfire and died at the scene, according to the Sheriff's department.

Anyone with information regarding this incident is asked to call the Los Angeles County Sheriff's Department Homicide Bureau at 323-890-5500. Anyone wishing to remain anonymous can call L.A. Crime Stoppers at 800-222-8477.