LOS ANGELES - The family of a fallen LAPD officer is speaking out against the police department. Officer Houston Ryan Tipping died May 29, three days after a training accident at the agency's Elysian Park academy.

His family and their attorney claim he was beaten by fellow officers and suffered lacerations to the head.

However, Los Angeles Police Chief Michel Moore told the police commission that allegations of Tipping being beaten are not true, but the family’s attorney says Moore is lying.

"Officer Tipping did not sustain any lacerations to the head, any cut or otherwise to his head as a result of his fall to the ground. Officer Tipping also was not struck or beaten during this training session," Chief Moore said during a June 29 police commission meeting.

According to LAPD, the 32-year-old officer was acting as a bike instructor at the academy, working through a training scenario that involved grappling with another officer. During the demonstration, Tipping apparently fell, resulting in a spinal cord injury according to the department. Other officers there worked to give Tipping CPR, and called Los Angeles Fire Department rescue crews. Tipping was brought to Los Angeles County USC Medical Center. Despite doctors' efforts, Tipping died from his injuries.

On Tuesday, the family’s attorney, Bradley Gage, showed reporters images from a cat scan of Officer Tipping’s head. The scan showed six staples in his head.

"The truth ladies and gentlemen is that there were lacerations in the head. And here’s the proof. All these little items here, 6 of them, are staples. Staples are utilized to close a laceration in the head," Gage said. 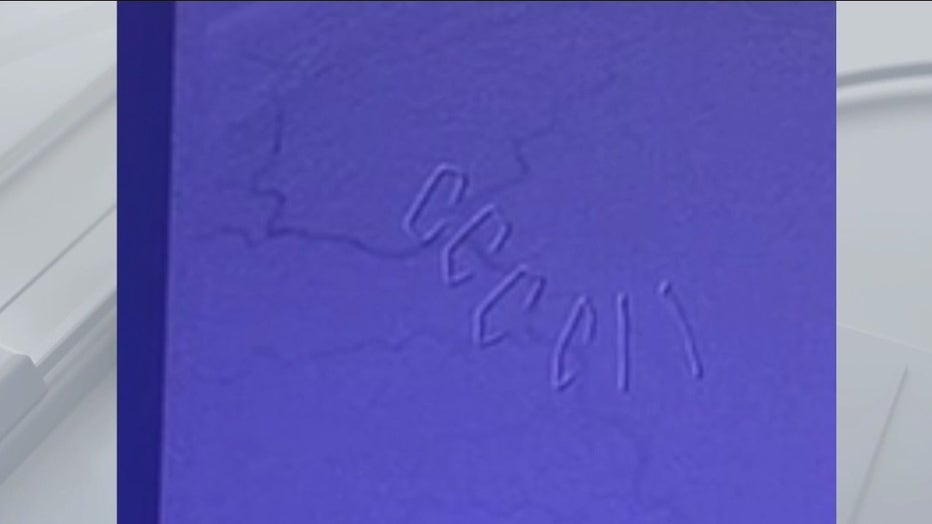 He says redacted declarations from a firefighter and nurse further prove his point.  Gage said Officer Tipping also suffered three broken vertebras, a broken rib, collapsed lung and severely damaged liver. He became a quadriplegic, was put on a ventilator and died three days after the incident.

Gage is calling for the LA County DA's office to open an investigation.

Chief Moore says it was a tragic accident during a training exercise.

"He did grab or grapple with another officer and they both fell to the ground, resulting in a catastrophic injury to his spinal cord," Moore stated.

But Attorney Gage says Officer Tipping may have been involved in internal investigations with fellow officers and that they may have targeted him and accidentally took it too far.

"It tells me that there had to be an intentional act. Why they did it is still up for investigation, but this is a horrific event and the family wants to make sure this never happens again," Gage added.

Tipping is survived by his parents, Richard and Shirley; his stepfather Bob; his siblings Kat and Tyler; and his girlfriend, Brittany.