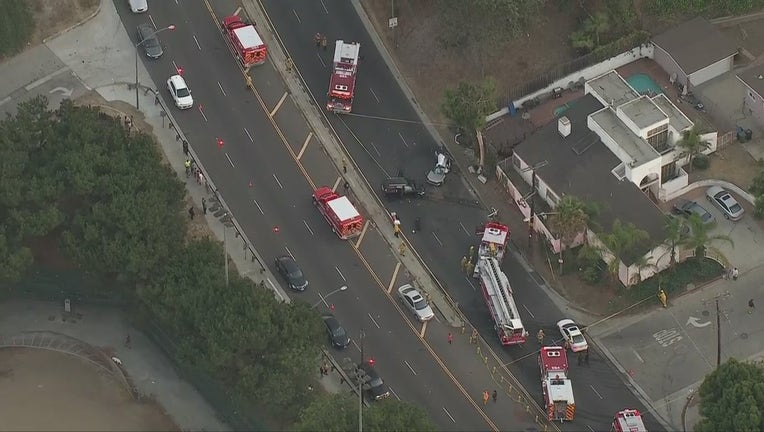 SkyFOX was over the crash scene in the 3700 block of South La Brea Avenue. Two people were pronounced dead at the scene and two others were taken to the hospital.

The cause of the deadly crash is under investigation.