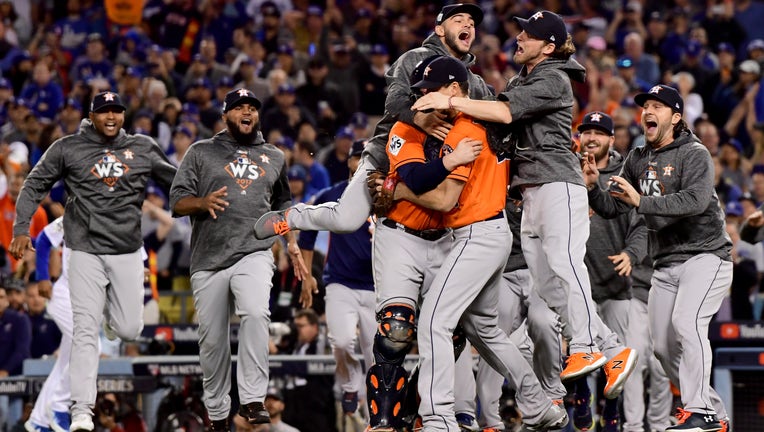 Major League Baseball suspended Houston Astros manager A.J. Hinch and general manager Jeff Luhnow for one year as part of penalties for sign-stealing during the 2017 season in which they won the World Series, according to multiple reports.

Houston also loses its first- and second-round draft picks for the 2020 and 2021 drafts and will be fined $5 million, according to The Athletic. Former Astros assistant general manager Brandon Taubman will be placed on baseball’s ineligible list.

“I find that the conduct of the Astros, and its senior baseball operations executives, merits significant discipline,” Commissioner Rob Manfred said as part of the ruling. “I base this finding on the fact that the club’s senior baseball operations executives were given express notice in September 2017 that I would hold them accountable for violations of our policies covering sign stealing, and those individuals took no action to ensure that the club’s players and staff complied with those policies during the 2017 postseason and the 2018 regular season.

“The conduct described herein has caused fans, players, executives at other MLB clubs, and members of the media to raise questions about the integrity of games in which the Astros participated. And while it is impossible to determine whether the conduct actually impacted the results on the field, the perception of some that it did causes significant harm to the game.”

Hinch and Luhnow are banned from performing any business on behalf of the Astros and will not be allowed in any Major, Minor or Spring Training facility.

Boston Red Sox manager Alex Cora, who was a bench coach for the Astros in 2017, could face discipline as well. But it will be determined once MLB finishes its investigation into the Red Sox for its own replay scandal during the 2018 season, The Athletic reported.

According to MLB.com, the ruling said the sign-stealing was mostly player-driven but Cora played a key role in setting it up.

“Crane is extraordinarily troubled and upset by the conduct of members of his organization, fully supported my investigation and provided unfettered access to any and all information requested,” he said.

Houston came under intense scrutiny late last year when former Astros pitcher Mike Fiers and other unnamed sources, revealed to The Athletic that the team used a sophisticated system to steal signs given by an opposing team’s catcher to his pitcher.

Houston allegedly had a camera set up in centerfield which was hooked up to a monitor in the clubhouse, and when a sign for an off-speed pitch was given, a team employee would relay the message to a hitter with loud banging in the dugout.

Two sources told The Athletic that the sign-stealing extended into the postseason in 2017, but another denied it went on that long.