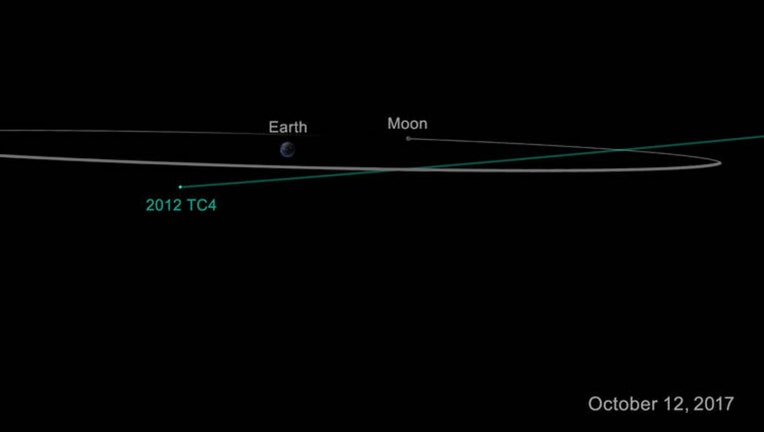 OUTER SPACE (Fox 32 News) - Watch out Earthlings - an asteroid is coming your way this week.

Even though scientists cannot yet predict exactly how close it will approach, they are certain it will come no closer than 4,200 miles from the surface of Earth. The current estimate is that it will be about 27,000 miles away. That's about one-eighth of the distance to the Moon.

NASA is using this opportunity to test their ability to track hazardous asteroids and comets coming near Earth.

"Scientists have always appreciated knowing when an asteroid will make a close approach to and safely pass the Earth because they can make preparations to collect data to characterize and learn as much as possible about it," said Michael Kelley, program scientist and NASA Headquarters lead for the TC4 observation campaign.

The office in charge of tracking dangerous interstellar bodies is called the Planetary Defense Coordination Office. It is responsible for issuing warnings about possible impacts, and assisting coordination of U.S. government response planning, should there be an actual impact threat.