SANTA MONICA, Calif. - A silent protest was held Saturday afternoon to bring attention to the war crimes happening against the Armenian people in the region of Artsakh.

The protest, which occurred at 3rd Street Promenade in Santa Monica, was organized by U.S. Armenian Council for Human Rights and U.S. Armenians United.

Protesters say they want to shine a light on the issues happening in the Caucasus and bring attention to the war crimes being committed by Turkey and Azerbaijan against Armenians. 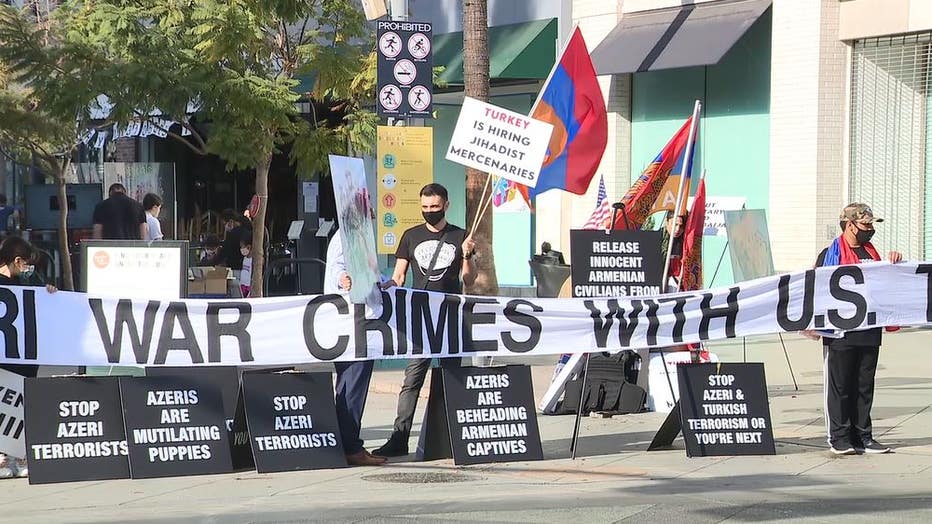 Graphic videos have shown Armenian civilians and prisoners of war being tortured, beheaded and mutilated by Azerbaijani forces. This comes nearly a month after a peace deal was reached between Armenia and Azerbaijan to stop fighting in the Nagorno-Karabakh region (also known as Artsakh).

“We are here to show the images of what went down in Artsakh at the hands of terrorists known as the Azeri military and Turkish military and they sent ISIS mercenaries as well to do this. So we are here to make sure everyone knows and everyone talks about what went down, so they cannot rewrite and cover up their heinous acts,” said protester Fred Tatlyan. 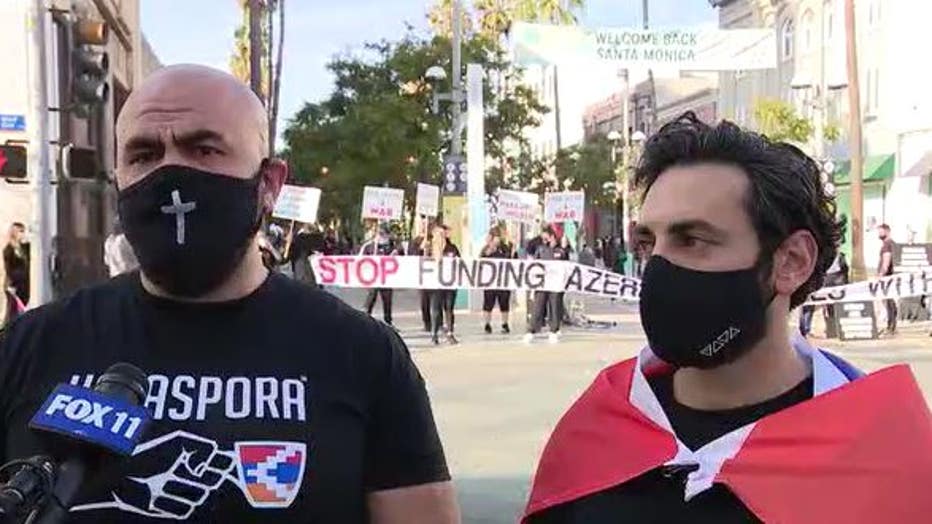 Protesters and the Armenian-American community say the world is watching in silence as war crimes against Armenians continue.

They want the United States and the international community to step up their efforts in helping.

“The international community can’t be silent in the middle of war crimes being perpetrated by people in the middle of 2020. At the end of the day, what happens in one small region balloons out and expands and starts being a threat to the rest of the world. Right now the international community is standing by as white phosphorus and chemical weapons are being used, ISIS mercenaries are being deployed to fight wars for other countries,” stated protester Areg Barsegian.

Since the peace agreement was reached on Nov. 10 Russian peacekeepers have been deployed to Nagorno-Karabakh and surrounding regions. However, the Artsakh Ministry of Defense reported Saturday that Azerbaijan broke the peace deal by launching an attack Friday night in the southern direction of the military positions of the Artsakh Defense Army. The attack left three Armenian servicemen injured.

Russian peacekeepers deployed to the region to monitor the peace deal reported a violation of the cease-fire in the Gadrut region on Friday. The report issued Saturday by the Russian Defense Ministry didn’t assign blame.

The Armenian-American community says since fighting first erupted on Sept. 27 they have urged the US government to intervene and sanction Azerbaijan and Turkey.