Suspect shot to death after standoff with police in downtown LA

A man who barricaded himself inside a hotel in downtown Los Angeles was shot and killed Tuesday afternoon.

LOS ANGELES - A man who barricaded himself inside a hotel in downtown Los Angeles was shot and killed Tuesday afternoon.

The incident at the Rosslyn Hotel, in the 100 block of West Fifth Street, began at about 8:30 a.m., the Los Angeles Police Department reported.

Paramedics had been sent to the location on a report of a medical emergency.

Images from SkyFOX showed the shirtless suspect peaking out of the window. At one point during the barricade, some type of smoke was coming out from the window. 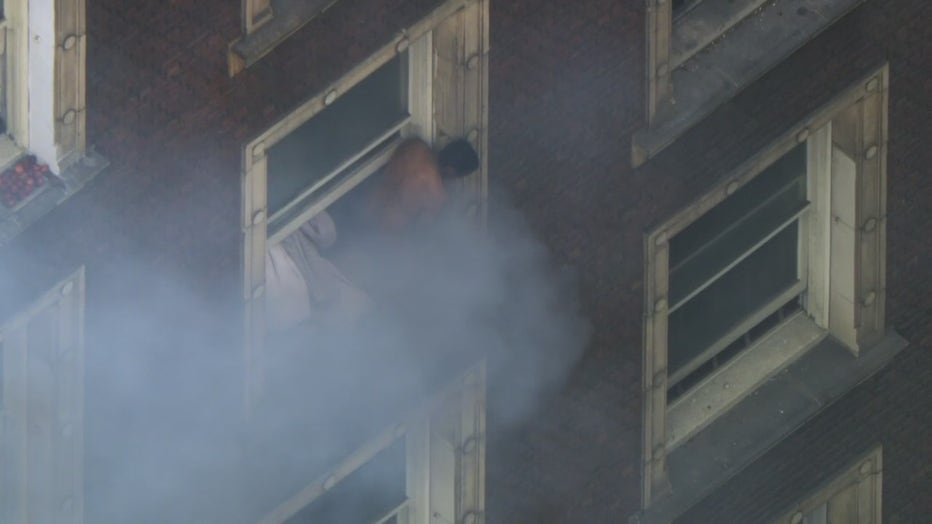 According to LAPD, SWAT officers utilized less lethal weapons, however and officer-involved shooting soon occurred. The suspect was struck by gunfire and taken into custody. Paramedics then declared the suspect dead. A firearm was recovered from the scene.

Due to the heavy police activity, Main St. from 3rd to 6th and 5th St. from Los Angeles Avenue to Spring St. was closed.