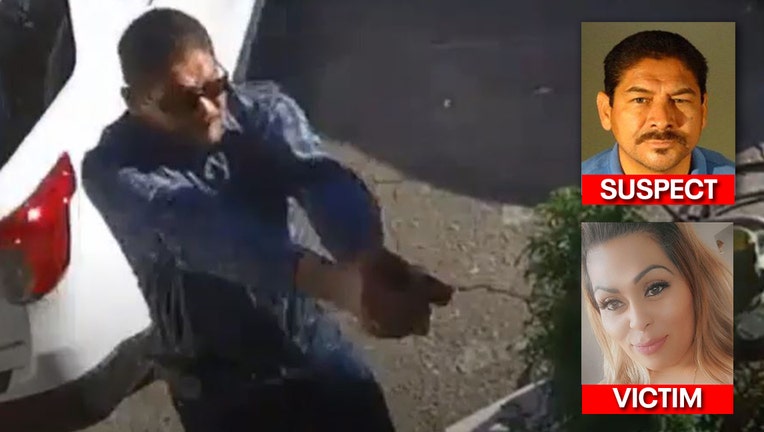 PACOIMA, Calif. - The Los Angeles Police Department is warning the public about an armed and dangerous man wanted for fatally shooting his ex-girlfriend in front of their young child in Pacoima, authorities said Thursday.

The suspect, Herbert Nixon Flores, 46, is considered armed and dangerous and, if seen, the public is urged to not confront or attempt to apprehend him but to contact law enforcement immediately. 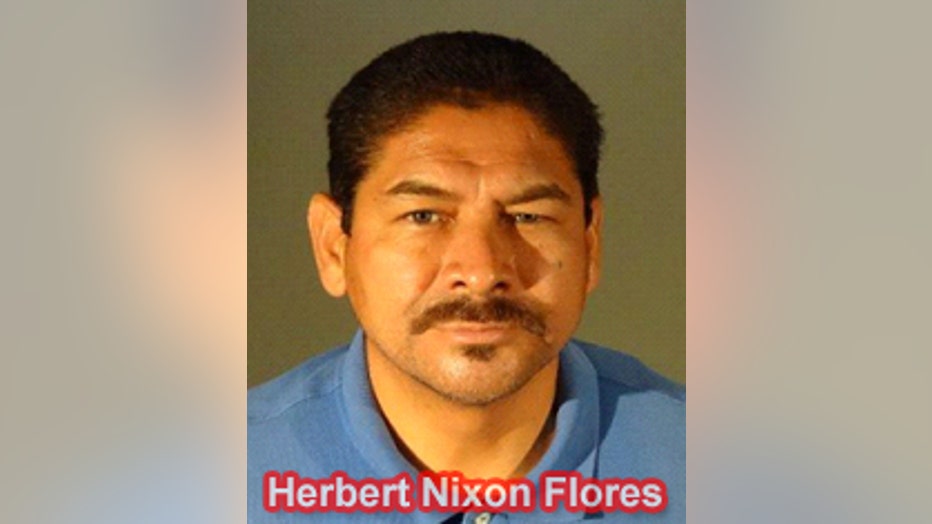 Investigators said that around 9:30 a.m. on Wednesday, officers responded to the 9000 block of Bartee Avenue after reports of a shooting.

Once on scene, officers discovered a 35-year-old Hispanic woman with multiple gunshot wounds. She was pronounced dead at the scene. Her name has not been released. 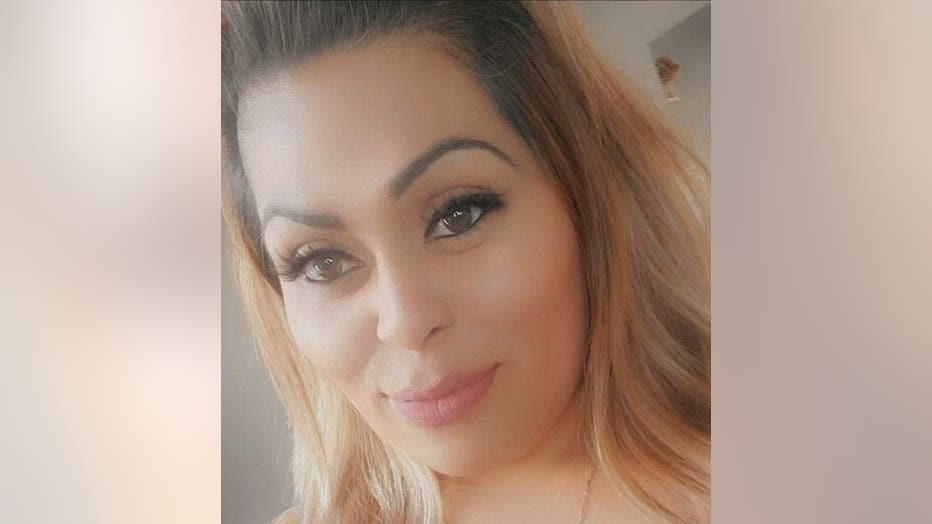 Detectives determined that Flores, the victim's former boyfriend, had fired multiple shots at the victim with a semi-automatic handgun resulting in her death.

(WARNING: The video provided by LAPD is extremely graphic and is not suitable for younger viewers)

Surveillance video released by the LAPD shows the victim attempting to remove her child from the backseat of a vehicle outside of a home when a silver or gray-colored sedan pulls up behind the vehicle on the driveway. The woman can be heard screaming when she sees the man exit his vehicle. The suspect chased after the woman up the driveway, where she attempted to gain entry to the residence. "Help me! Help me!" she can be heard screaming in the video, followed by the suspect unloading six shots from his semi-automatic handgun. 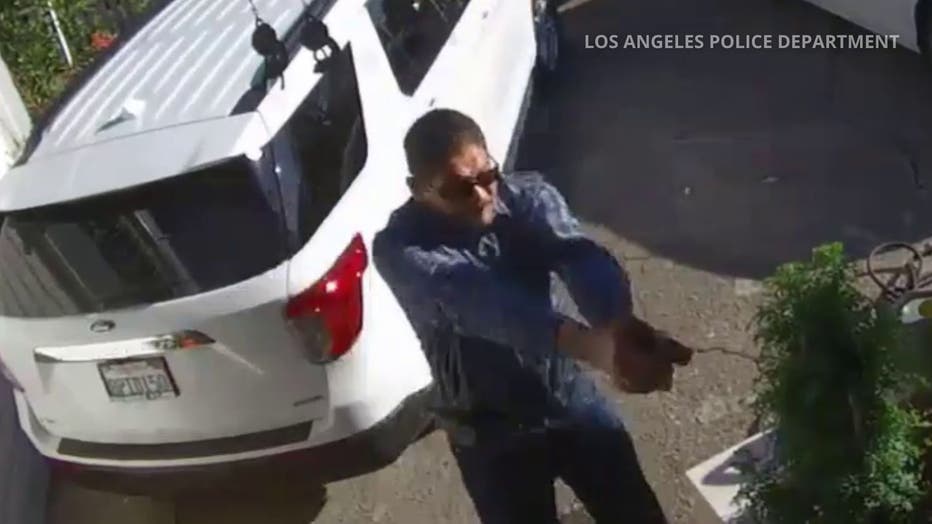 The suspect fled the scene as the young child can be heard crying and screaming, "mama!"

Flores was described by the LAPD as a 46-year-old Hispanic male with black hair and brown eyes. He stands at 6 feet 1 inch tall and weighs around 220 pounds.

Anyone with information on the case or Flores' whereabouts was asked to contact Valley Bureau Homicide Detectives, Detective Sharon Kim at 818-374-9550.