LOS ANGELES - The District Attorney’s office announced Wednesday that prosecutors will be seeking the death penalty against the mother and boyfriend accused in the murder and torture of 10-year-old Anthony Avalos.

Prosecutors to seek the death penalty in the Anthony Avalos case

The District Attorney’s office announced Wednesday that they will be seeking the death penalty against the mother and boyfriend accused in the murder and torture of 10-year-old Anthony Avalos.

Heather Maxine Barron, 29, and her boyfriend, Kareem Ernesto Leiva, 33, were indicted on those charges following the Lancaster boy’s death in 2018. Both remain jailed without bond.

Prosecutors said Anthony was the victim of severe child abuse. They allege that the victim’s mother and her boyfriend would repeatedly pour hot sauce on Anthony’s face and mouth, torture him by making him kneel on rice, whip him with a belt and cords, hold him upside down and drop him on his head over and over.

Court documents also stated that the couple would withhold food and water from Anthony and his siblings, and at times they were being forced to eat from the trash. 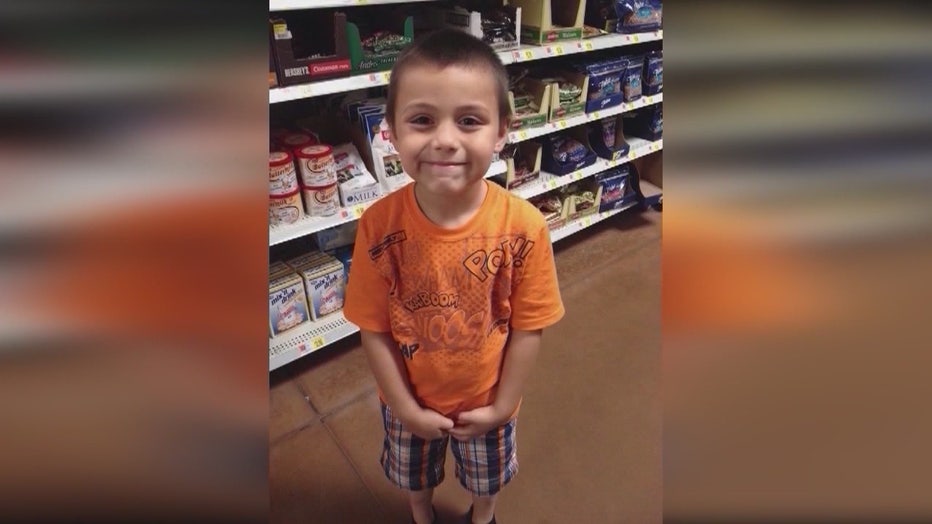 Anthony’s death investigation revealed the Los Angeles County Department of Children and Family Services had received at least 16 reports regarding the physical and sexual abuse Anthony was enduring at home.

Earlier this month, members of his family filed a $50 million lawsuit against the LA County’s DCFS agency, accusing the county and multiple social workers of failing to properly respond to reports of abuses of Anthony — and his siblings. The suit was filed in the Los Angeles Superior Court on behalf of Anthony's father, aunt, uncle and six half-siblings.

Anthony's death is one of three deaths allegedly connected to DCFS in Antelope Valley. The deaths of 8-year-old Gabriel Fernandez of Palmdale in 2013 and 4-year-old Noah Cuatro of Palmdale in 2019 raised questions about the effectiveness of DFCS personnel and policies. Both children were found to have severe child abuse.

In June 2018, Fernandez's mother, Pearl Sinthia Fernandez, was sentenced to life in prison without parole and her boyfriend, Isauro Aguirre, was sentenced to death for the torture killing of Gabriel. At the time of sentencing, Superior Court Judge George G. Lomeli said the abuse suffered by the boy was "horrendous, inhumane and nothing short of evil.''

In the Cuatro case, his parents claimed he drowned, but medical professionals observed the trauma from his body was not consistent with drowning. Authorities also said that there were numerous allegations of abuse reported to DCSF and that Noah had been removed from his parents' care, but had recently been reunified with his parents prior to his death. At this time, no arrests have been made, but his parents are now part of an open investigation.