LA MIRADA, Calif. - The 'Griswold Christmas House Display" in La Mirada is an annual attraction, drawing thousands of people to the house which is decorated each year based on the movie, 'National Lampoon's Christmas Vacation.'

The homeowner, Jeff Norton, adds a new detail to his display each year, and this year, he decided to add a makeshift second story to the roof of his home to match the movie's house.

"It's really light [the addition]. It's all studded together and I used metal connectors. The second story was something I envisioned as a 30 day add on. Obviously I don't need that on my roof. It's just a makeshift second story for the display," said Norton.

However, city officials from La Mirada contacted Norton about the addition. Officials told FOX 11 Norton did not apply for building permits so therefore the addition has not been inspected, and they believe it could be a safety hazard. City officials gave Norton a December 6 deadline to take the structure down.

"When I finally finished it, I had a wonderful letter from the City of La Mirada asking me to remove it and I thought it was a mistake. They believe it would be a safety issue, and I can openly tell you it'd be impossible for that to come off my roof. I'd believe in miracles. I really kept safety in mind when I did it," he said.

Norton said it is a prop and it does not have drywall.

"I'm thinking for sure the City of La Mirada with as much revenue as I bring them and every smile in the world, they're gonna help me out here and she [city employee] wasn't helping me at all. She was the exact opposite of that. She said to take it down is the only remedy," said Norton.

Norton started the fine process with the city. 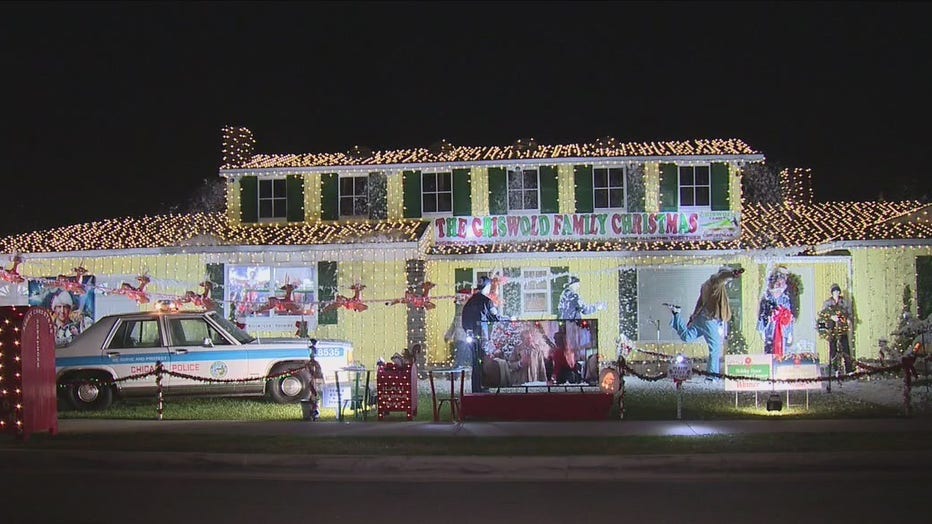 "I'm not trying to be defiant or anything like that. I will not take this down. I will take whatever fine I have to take for the City of La Mirada and surrounding cities. There's so many people that laugh, cry, and come to this display. It's a part of people's Christmas now. We're not gonna be doing that. There's no way," he said.

Norton said he hopes officials will work with him so he can plan next year's display as well.