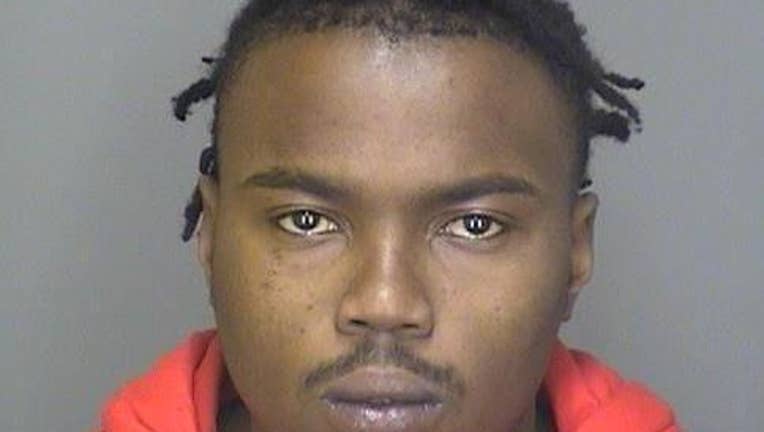 An 18-year-old man accused of fatally shooting a 9-month-old baby in Merced was struck by another inmate during a court appearance yesterday, according to reports.

An unidentified man with his hands shackled struck the accused murderer Daevon Motshwane at least twice before guards intervened in footage recorded by KSEE.

At the time of the skirmish, Motshwane was waiting to be arraigned on first-degree murder and other charges for the shooting that killed infant Darius King Grigsby on November 9.

"He deserves every little bit that comes to him," Darius' aunt Elena Perez told the Merced Sun-Star.

The courtroom was cleared following the brief fight. Motshwane's arraignment has been postponed until December 8, KSEE reported.

Darius was in a stroller walked by his mother and her companion when Motshwane allegedly opened fire from a Chevy Trailblazer. Police believe that Motshwane intended to shoot the man that accompanied Darius and his mother.

A 17-year-old has also been arrested for allegedly driving the Chevy used in the ambush.