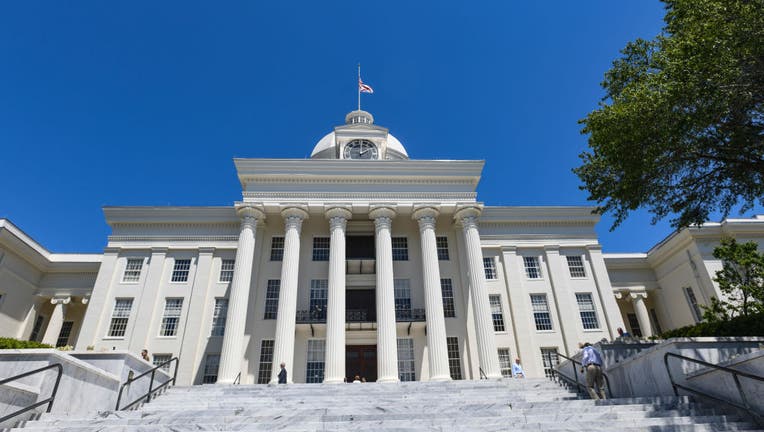 The Alabama State Capitol stands on May 15, 2019 in Montgomery, Alabama. (Photo by Julie Bennett/Getty Images)

MONTGOMERY, Ala. (AP) - A new state database, created by legislation called "Shirley’s Law" after a woman who survived elder abuse, will include the names of anyone convicted of mistreating senior citizens.

Gov. Kay Ivey signed the law Thursday to create the nation’s first elder abuse registry, WSFA-TV reported. The law was named for Shirley Holcombe, who died in 2018 after becoming a victim of forgery by a caretaker, after a campaign by daughter Jo Holcombe.

Following her mother’s death, Holcombe brought the idea for an elder abuse registry to Rep. Victor Gaston, R-Mobile. Seeing it through to becoming a law was an emotional process, she said.

"I have cried when it passed the House and the Senate. And I cried today," said Jo Holcombe.

The law will allow family members to see whether someone being considered for a job involving older adults has ever been convicted of elder abuse, Gaston said. It will also provide information about people who have come under protection orders for elder abuse, said Sam Smith, the director of Adult Protective Services with the Alabama Department of Human Resources.

"We need to have a place where all of the information can be stored in one location," said Smith. "So that nobody slips through the cracks."

Elder abuse is on the rise, according to the state, with 11,122 reports of abuse last year including physical abuse, neglect and financial exploitation.

Holcombe would like to see a national registry for elder abuse.

"Think about the damage one person could do with multiple people," she said. "And that’s just not acceptable."