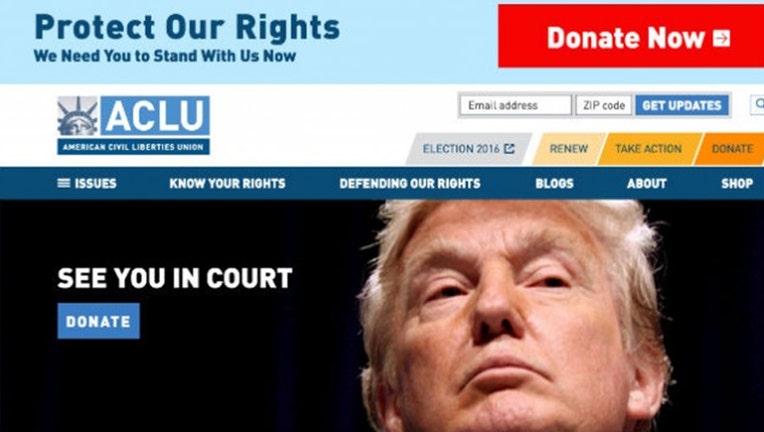 The ACLU was on the front lines of the legal battle to challenge parts of the ban in courts across the United States.

The total received by the group was $24,164,691 - nearly six times the amount the group raises online in a regular calendar year, the ACLU said.

"President Trump's war on equality is already taking a terrible human toll. This ban cannot be allowed to continue," the ACLU's director of the ACLU's Immigrants' Rights Project said in a statement.

Entertainers and Silicon Valley leaders were among the most vocal proponents of the ACLU on Twitter and encouraged their followers to donate.