Back in May of 2021, the Long Beach Police Department was told a man possibly in his 30s approached a woman from behind and then sexually battered her. Since then, Long Beach PD believe seven other incidents were connected to the May 2021 sexual battery incident.

Below is the suspect's description, according to LBPD:

Below are the dates and locations of the reported sexual battery incidents, according to LBPD: 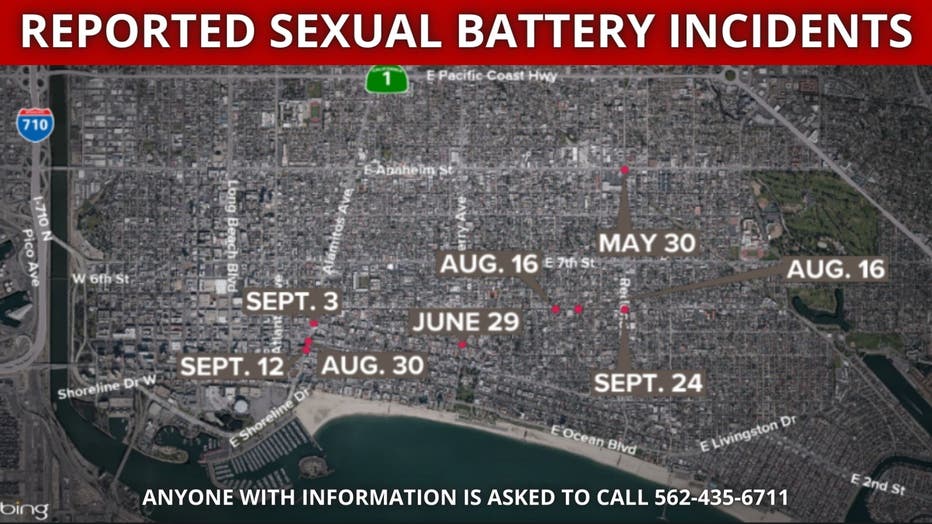 Neighbors in Long Beach can't believe the suspect had been committing sexual battery across the city.

"What is wrong with people!" said a woman walking her dog along 4th Street in Long Beach.

"They are happening any time, from early morning to late evening," explains LBPD Commander Ryan LeBaron.