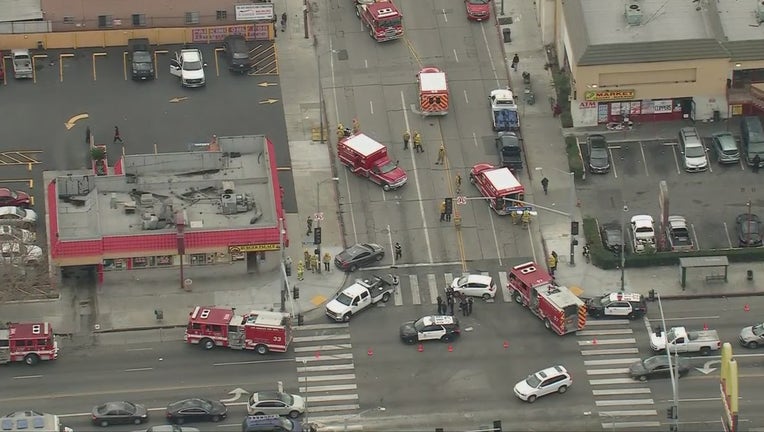 LOS ANGELES - Officials said two children were among the seven people who were injured in a two-vehicle crash in South Los Angeles late Monday morning.

The crash was reported around 11:55 a.m. at the intersection of S. Main Street and Manchester Avenue in the Florence neighborhood, the Los Angeles Police Department said. 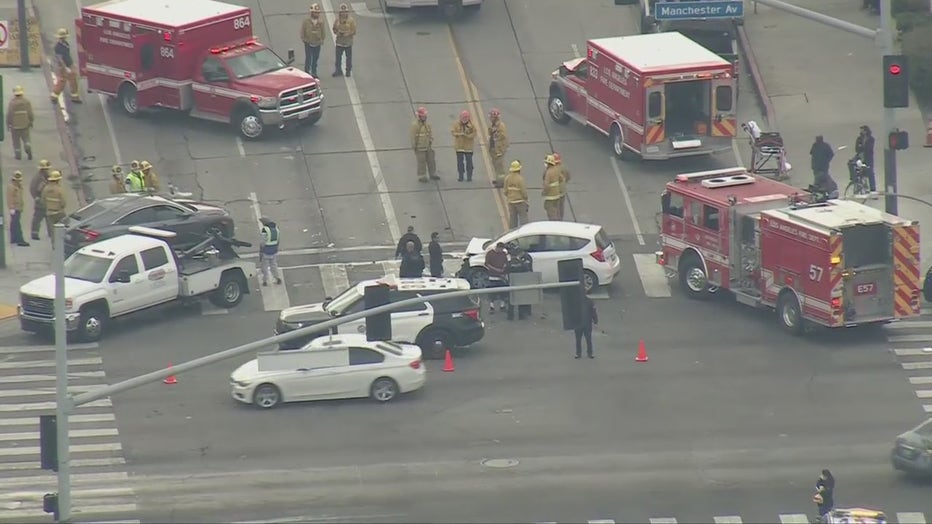 Five of the patients were said to have serious injuries, with two people reporting only minor injuries.