A young girl died from her injuries sustained in a fiery crash in Stevenson Ranch. A 2-year-old and a 31-year-old woman were also in the vehicle. Authorities believe the woman and two young girls were related.

STEVENSON RANCH, Calif. - A 6-year-old girl suffered fatal injuries on Monday after the vehicle she was in erupted in flames in Stevenson Ranch. A 2-year-old and a 31-year-old woman were also in the vehicle and authorities believe they were related.

The crash was reported at about 9:30 a.m. near the intersection of The Old Road and Pico Canyon Road, just west of the 5 Freeway, according to the California Highway Patrol.

Witnesses observed the driver of a Subaru lose control before it crashed and exploded into flames. The two girls became trapped in their car seats as good samaritans rushed into to help. 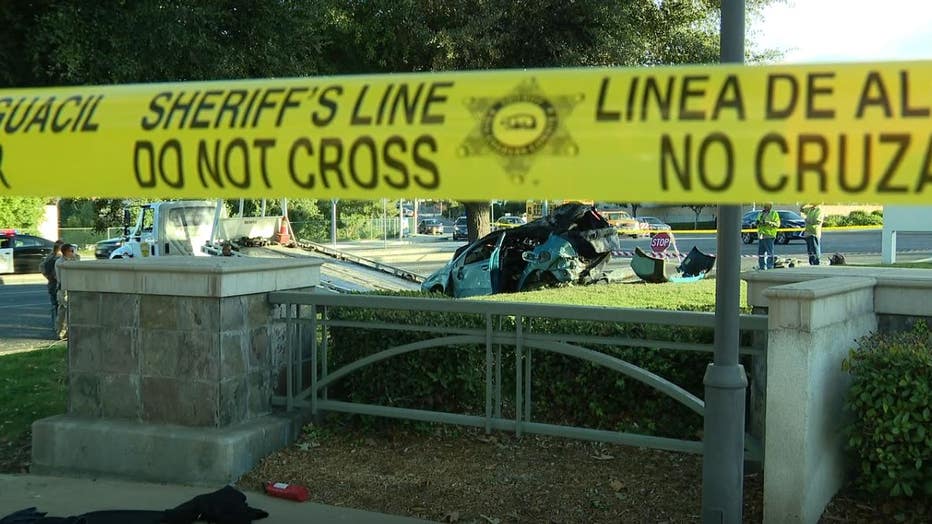 The 31-year-old woman who was driving ran naked from the scene, according to Officer Michael Gubelli of the CHP's Newhall office. She was taken into custody, according to Gubelli, who said the woman had injuries and was hospitalized in stable condition.

The two girls were rushed to local hospitals as law enforcement arrived at the scene of the single-vehicle crash.

The younger girl, 2, was listed in stable condition, the officer said. Both suffered major injuries, according to the CHP.

The Los Angeles County coroner's office reported being called to Henry Mayo Hospital for a child who had died, but a spokeswoman said the time of the call was not immediately available, nor were details about the child's age, gender or death circumstances. 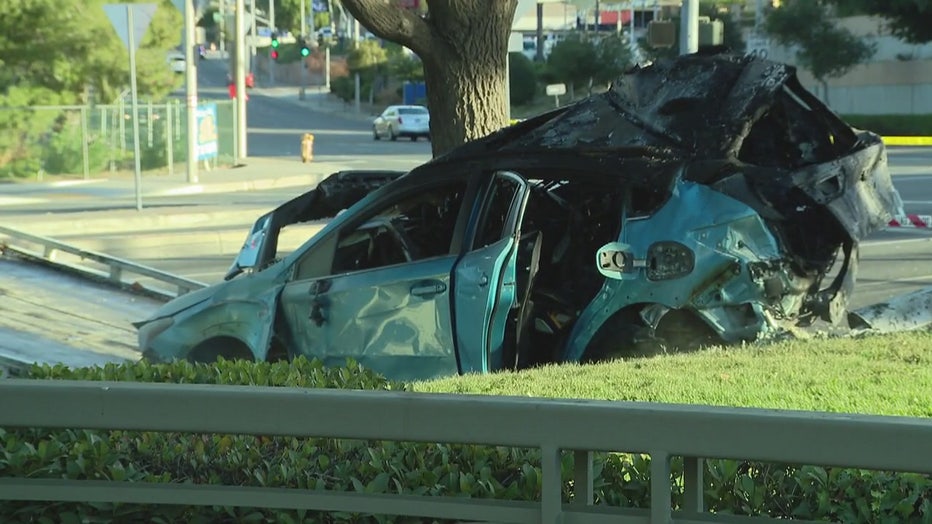 The vehicle was being driven at high speed northbound on The Old Road when it struck a curb, a sign and a traffic signal, according to the CHP.

The 2019 Subaru then traveled out of control across the intersection ​​​​​​of Pico Canyon Road before striking a traffic signal, a tree and an electrical box and catching fire.

Gubelli said the motorist blew through a red light at the intersection.

All the victims, residents of Bakersfield, were pulled from the wreckage by witnesses, the CHP reported.

Video from the scene showed workers at a nearby oil change business using extinguishers in an effort to put out the flames.

It was unclear why the woman wasn't wearing any clothes, Gubelli said.

The two girls are believed to be the driver's daughters, he said.