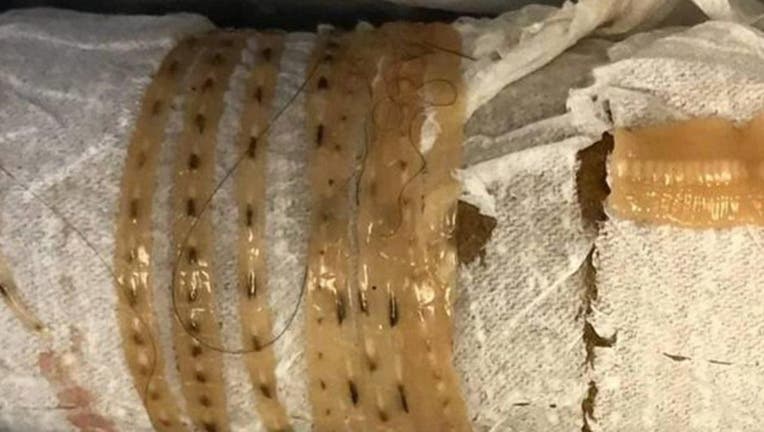 FRESNO, CA - A California man is likely altering his regular sushi habit after discovering a tapeworm that may have entered his body through the raw salmon he loves so much.

Doctor Kenny Banh revealed the Fresno man's case on a January 8 episode of the Podcast "This Won't Hurt A Bit," a show that mixes medical topics with laughs.

Banh said a young man walked into the hospital complaining of bloody diarrhea and asking to to be tested for worms. The self-diagnosis seemed a little suspicious to Banh - until the man opened a grocery bag he had with him. "I take out a toilet paper roll … and wrapped around it of course is what looks like this giant, long tapeworm," Banh said.

Banh asked what exactly happened, and the patient recounted the abdominal cramps and other symptoms - including a trip to the bathroom when he discovered what was going on. "I looked down and it looked like there was a piece of intestine hanging out of me," Banh remembered him saying.

The man thought he was dying, Banh said, "Oh my goodness my guts are coming out of me," and started pulling at the worm. Once the tapeworm moved in his hand, Banh said, instead of just being horrified, the man was also relieved to know that it wasn't his own entrails.