The crash was reported just before 11:15 a.m. near the intersection of Wilmington Boulevard and West Anaheim Street. 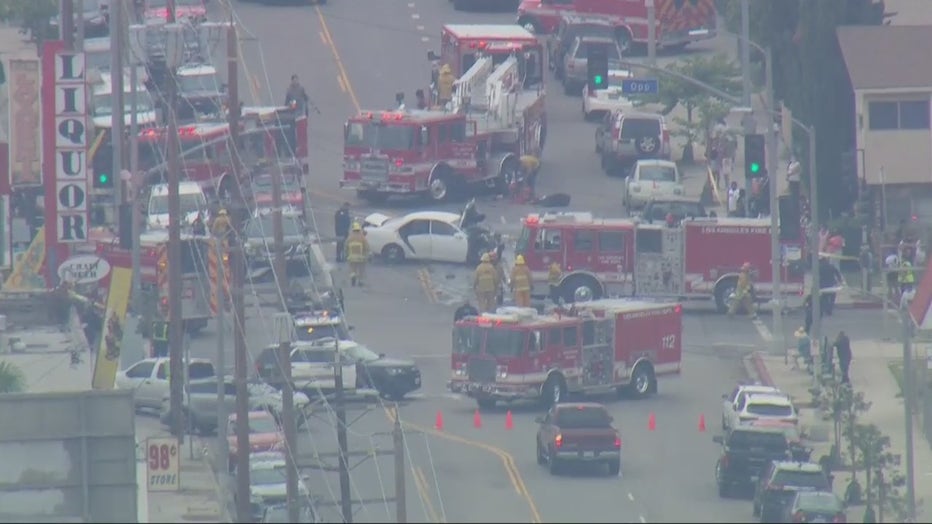 Initial reports stated at least one pedestrian was also hurt in the collision. According to the Los Angeles Fire Department, all five patients were rushed to a local hospital in critical condition. Two of the patients reportedly had minor injuries before their conditions were upgraded by authorities at the scene.

LAFD officials said one of the patients was trapped inside a vehicle and was extricated. 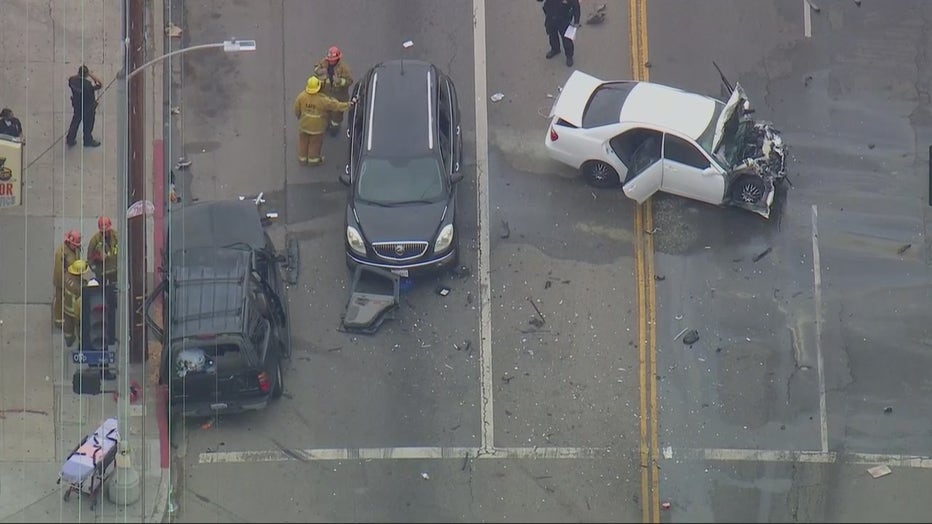