All lanes of the southbound 405 near Victory Boulevard are shut down Friday due to a multi-car crash involving 10 vehicles, including two big rigs.

VAN NUYS, Calif. - All lanes of the southbound 405 Freeway near Victory Boulevard were shut down Friday due to a multi-car crash involving 10 vehicles, including two big rigs.

At least six of the vehicles involved in the collision sustained major damage. 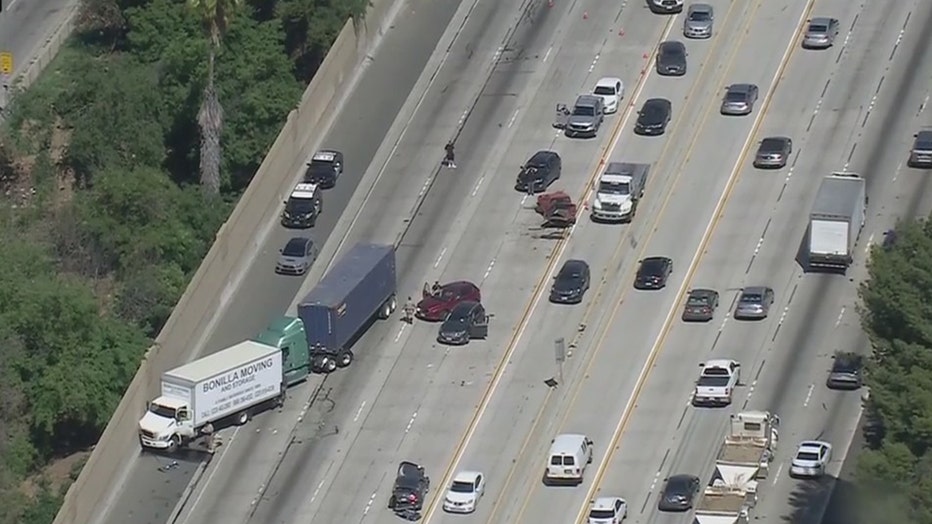 One person was transported to the hospital by the Los Angeles Fire Department.

Backup from the crash extended to the 118 Freeway interchange. 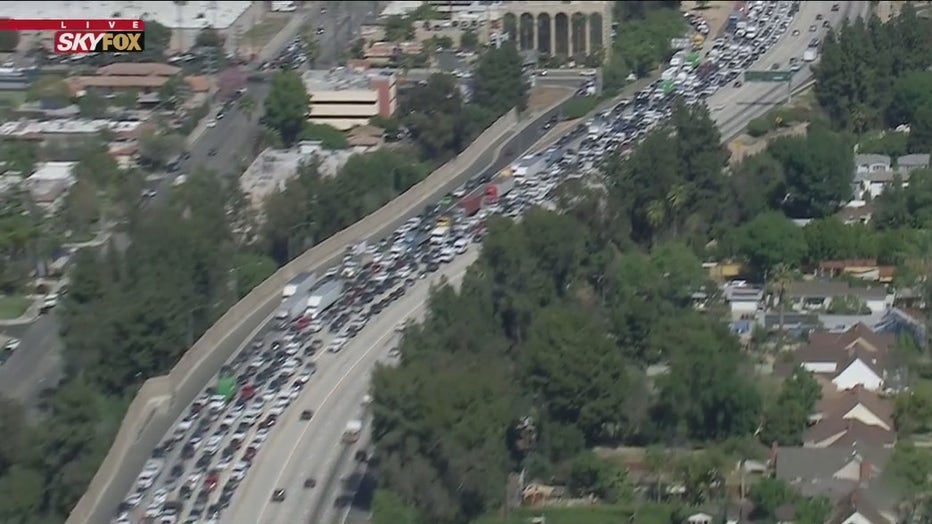