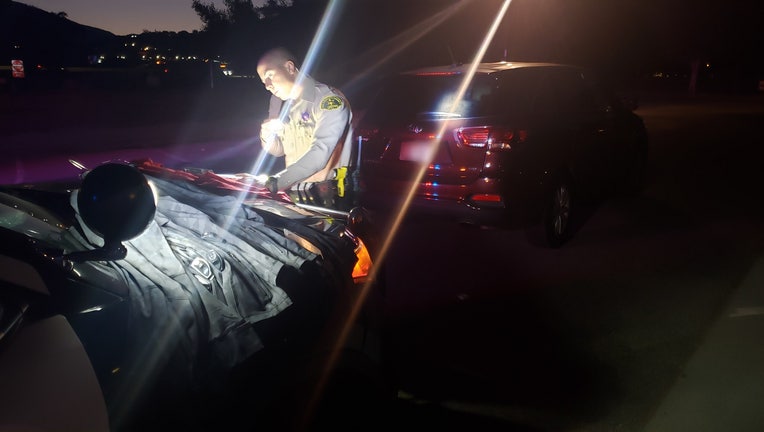 SANTA CLARITA, Calif. - Four young women from the Oakland area were facing possible criminal charges today after allegedly robbing over $10,000 worth of merchandise from a clothing store at the Westfield Valencia Town Center mall.

Witnesses gave deputies a description of the suspects' vehicle and it was spotted on the Golden State (5) Freeway near Tejon Pass, Miller said.

The suspects, all four 19-20 years old, were arrested and booked on suspicion of robbery and conspiracy after stolen merchandise was located in the vehicle, Miller said.

The suspects' names were not immediately available.

Miller said they may be linked to similar crimes that have occurred throughout Southern California and possibly elsewhere in the state.