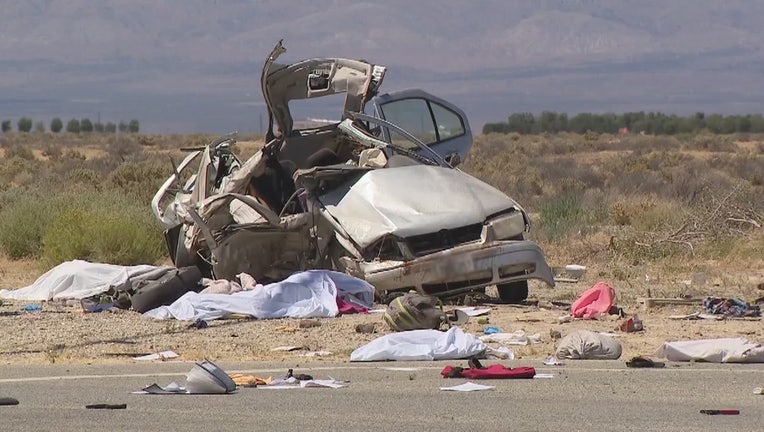 The crash happened in the area of 30th Street West and West Avenue H. Two people were pronounced dead at the scene and two others died at a local hospital. Investigators believe the driver ran a red light causing the 2-car collision.

A man driving a tan Toyota Avalon west on West Avenue H did not stop for a red light and crashed into a silver Volkswagen Jetta traveling northbound on 30th Street West, according to the Los Angeles County Sheriff's Department.

The force of the impact sent the Jetta into a signal pole. All three occupants in the Jetta were ejected from the car as a result of the crash, according to authorities.

One dog also died at the scene and a second one was taken to an animal hospital. Sadly, a veterinarian there said the dog's injuries were so bad, they had to put it down. The dog was described as a 2-month-old Siberian Husky.

The identities of those killed have not been released.