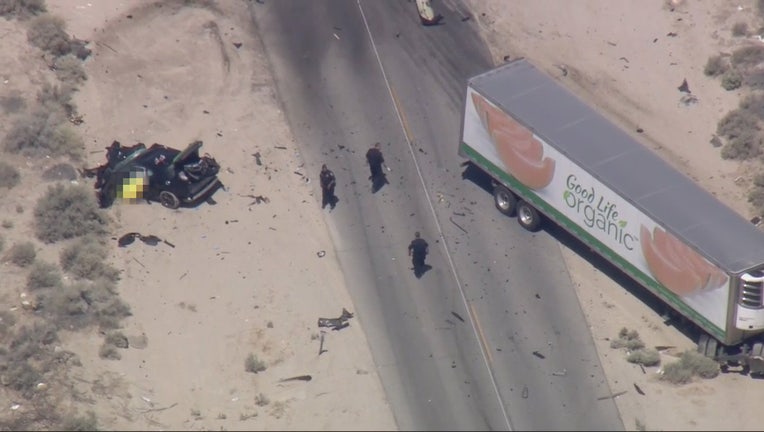 The crash was reported around 9:11 a.m. at the intersection of East Avenue G and North 30th Street East, according to the Los Angeles County Fire Department.

The cause of the crash was not yet released.

One adult female was pronounced dead at the scene. Another adult female, as well as two juveniles, were transported to the hospital where they died from their injuries.

The genders and ages of all the deceased were not released by the fire department. Their names were also withheld pending notification of next of kin.

A SigAlert was issued at 10:40 a.m. by the California Highway Patrol. Avenue G between 30th Street East and 20th Street East will be blocked for the crash investigation, the CHP reported.