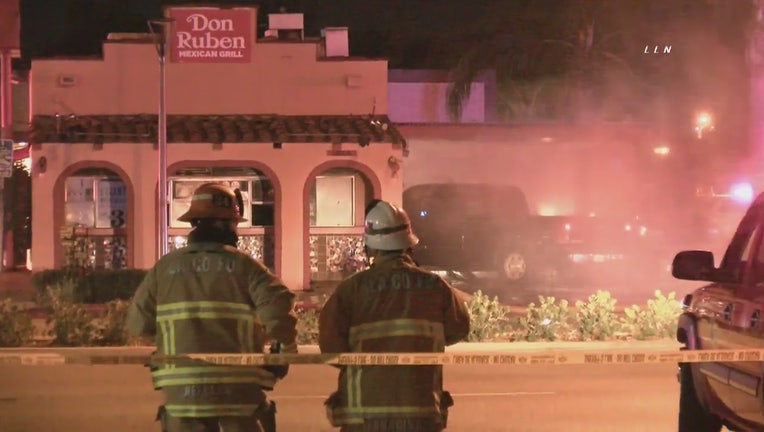 A suspect remains on the loose after three people were hurt in a hit-and-run. 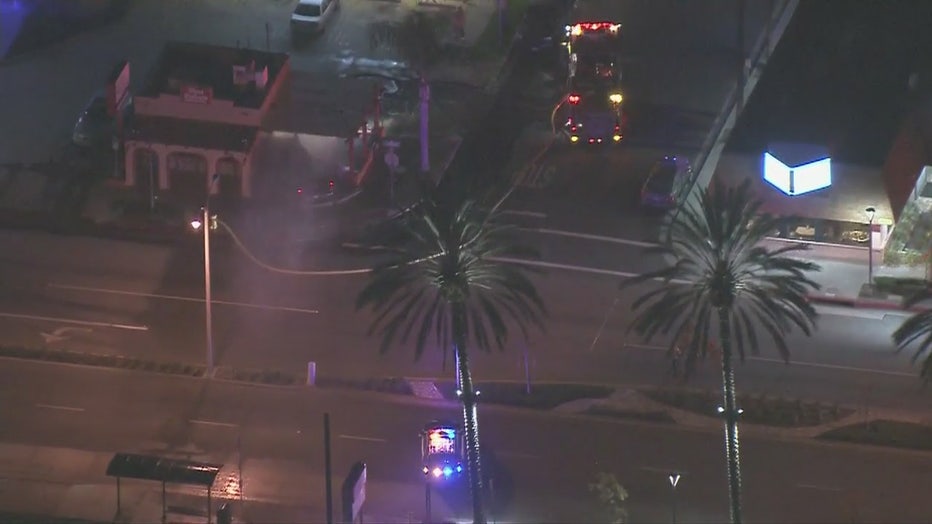 The driver of the truck lost control driving eastbound on Carson St. at Elaine Avenue. The suspect then crashed the front end of the truck into the kitchen area where three employees, who were cooking at the time of the crash, were left with grease burns after hot oil spilled onto them, the Los Angeles County Sheriff’s Department said.

Two women were taken to a local hospital for treatment. Sheriff’s officials say one of the victims suffered serious burns on half of her body.

A gas line was also ruptured in the crash, which prompted evacuations to nearby businesses and a response from SoCalGas crews. Street closures were also in place for nearly eight hours.

Authorities say the driver of the truck fled the scene on foot and has not been located.