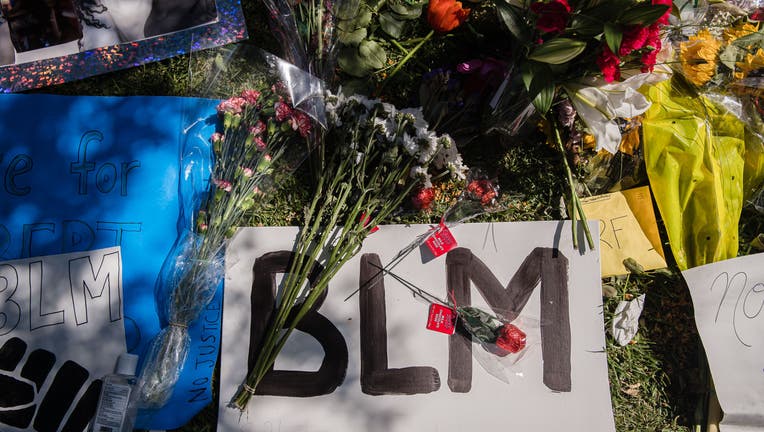 THOUSAND OAKS, Calif. - Three men, including employees of a sheriff’s office and district attorney’s office, have been arrested for vandalizing a Black Lives Matter sign in Thousand Oaks.

The Ventura County Sheriff’s Office said late Saturday that a large tarp painted with the letters “BLM” has been repeatedly damaged while on display for three week on a fence in the city of Thousand Oaks.

The owner placed a surveillance camera nearby to capture any damage, and posted one of the incidents on social media, the office said in a statement.

Detectives recognized one of the suspects as a sheriff’s office employee, prompting an investigation, the statement said.

“I’m deeply disappointed that one of our employees involved himself in this type of illegal activity, especially when this is an infringement on someone’s First Amendment right to freedom of speech,” Sheriff Bill Ayub said in a statement. “We hold our employees to the highest standards, and there will be consequences for this.”

Darrin Stone, a service technician at a pre-trial detention facility, is accused of slashing the sign on June 13 and June 19. He was issued a misdemeanor vandalism citation and placed on paid administrative leave, the office said.

A third man, 58-year-old Jeffrey Moore, is being investigated for graffiti to the sign on June 11, the office said.

Working phones for the men could not immediately be found. Email messages were sent to addresses linked to Stone and Moore. It was not immediately possible to reach Anderson.