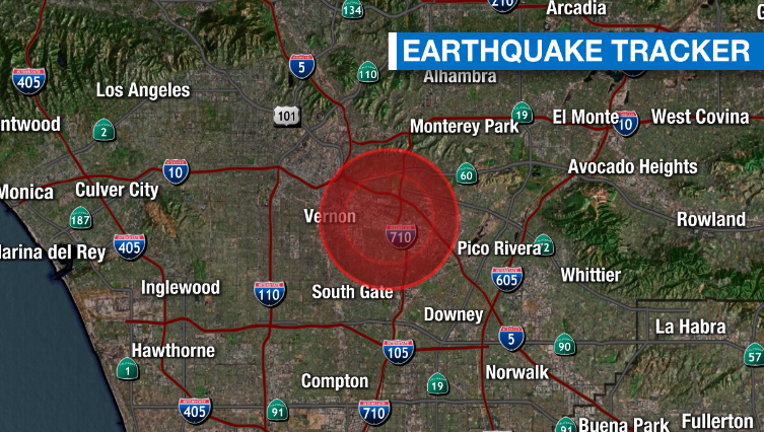 The earthquake was reported at 7:01 a.m. and struck the area near Maywood and Huntington Park, according to the USGS. It was also felt in other parts of Los Angeles County including Long Each, Boyle Heights, East Los Angeles, Commerce, parts of downtown Los Angeles and even Orange County

The earthquake was first recorded at a magnitude of 3.9 but it was then downgraded to a magnitude 3.6.

It's depth was recorded at17 km, putting it near the bottom of the seismogenic layer, according to seismologist Dr. Lucy Jones.

No report of injuries or damages were reported.