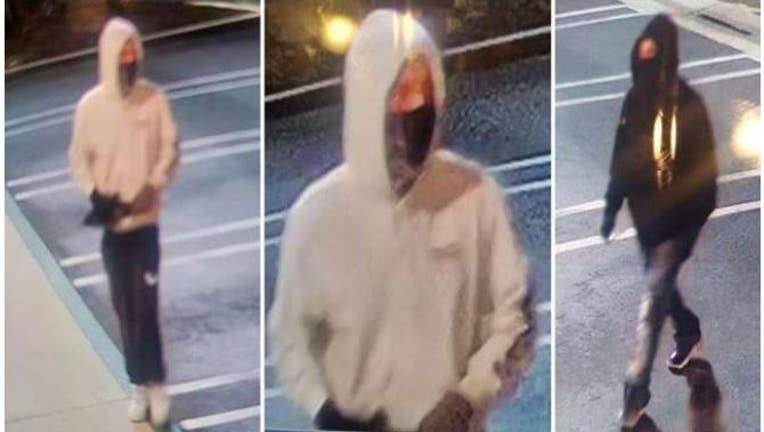 PLACENTIA, Calif. - Authorities are searching for two suspects wanted in connection with a robbery of a business in Placentia.

It happened on July 6 just before 2:30 a.m. at a business in the 100 block of Yorba Linda Boulevard.

According to police, the two suspects smashed the glass front door with an unknown object then once inside, took cash from a register as well as two iPads. The suspects then went into the back office and took more cash and a laptop.

Both suspects fled the scene after about 90 seconds, according to police.

The first suspect is described as a man with a medium build, wearing a white hoodie, black Nike sweatpants, white shoes, and gray gloves.

Anyone with information is asked to call the Placentia Police Department at 714-993-8164.