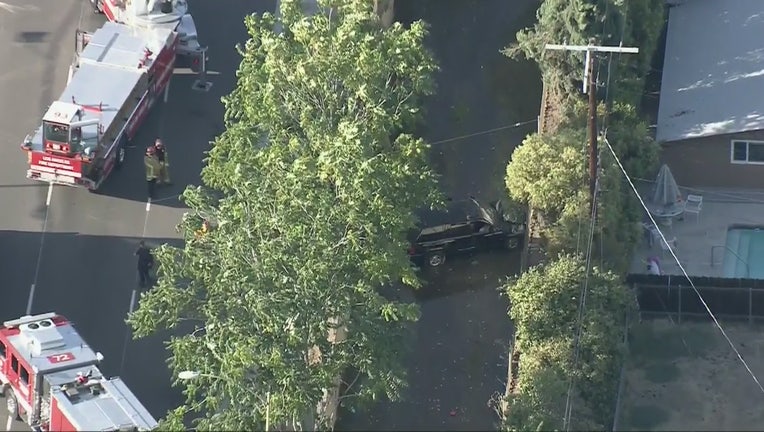 WOODLAND HILLS, Calif. - Two people were taken to the hospital in fair condition after the vehicle they were in careened off the road and into the wash in Woodland Hills Friday afternoon.

The incident was reported shortly before 5 p.m. at 6459 N. De Soto Avenue. Only one vehicle appears to have been involved in the incident.

The Los Angeles Fire Department says the two occupants of the vehicle self-extricated. Firefighters used a litter basket to safely raise each person back up to ground level. 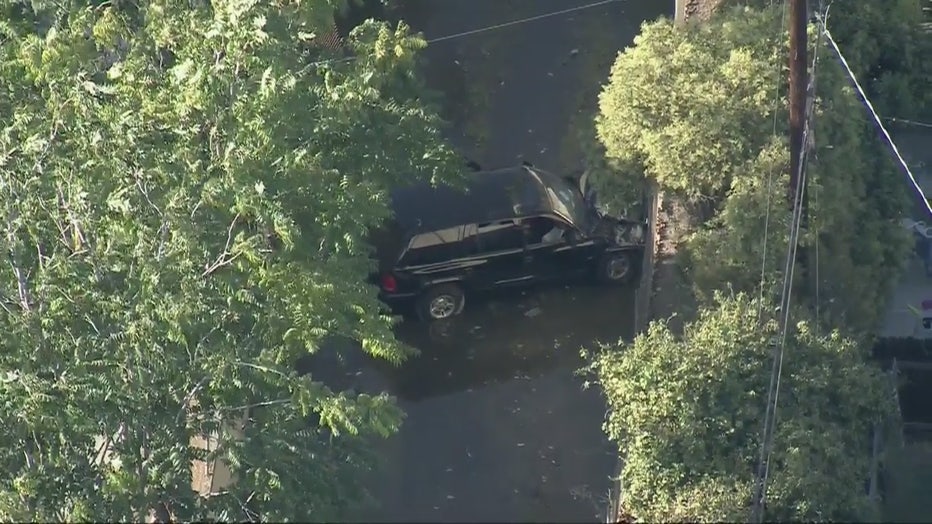 The ages and genders of the two individuals involved are unknown at this time.

The incident is under investigation. No further details were immediately known.